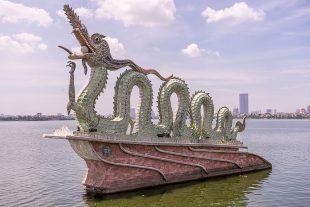 By far the largest lake in Hanoi, Hồ Tây, or West Lake, actually sits at the north of the city. At seventeen kilometers in circumference, it’s not a lake you’d want to walk around. But a bike tour makes perfect sense. 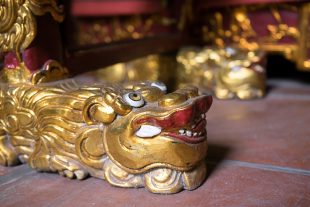 Located in the heart of the Old Quarter, the temple of Bạch Mã, alternatively known as the White Horse Temple, is among the oldest in the city. It was originally constructed in 1010, at the time of Hanoi’s founding by Lý Thái Tổ, though the current structure dates from the early 1800s. 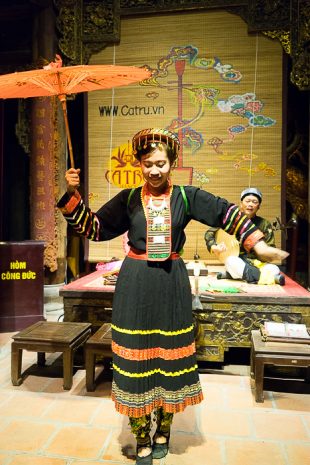 Ca Trù is a form of royal court music which dates back to the 11th century. The style almost died out completely after the reunification of Vietnam, but it’s been making a comeback, led by musical scholars and organizations like UNESCO, who have named Ca Trù an example of Intangible Cultural Heritage. We went to […] 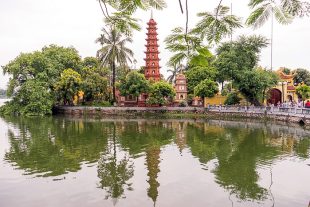 While walking around small Trúc Bạch Lake, we had the chance to visit a couple of Hanoi’s most historic temples: the Đền Quán Thánh, on the southwestern corner of the lake, and the Chùa Trấn Quốc, found on a small island between Trúc Bạch and the larger West Lake. Đền Quán Thánh We started at […] 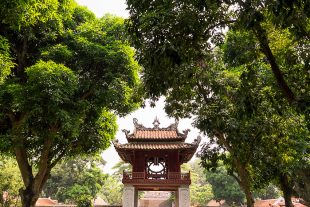 Built in 1070, the Temple of Literature was Vietnam’s first university, where the country’s brightest scholars aspired to the role of mandarin, or court official. The temple is dedicated to Confucius, and is one of Hanoi’s most historic sights. 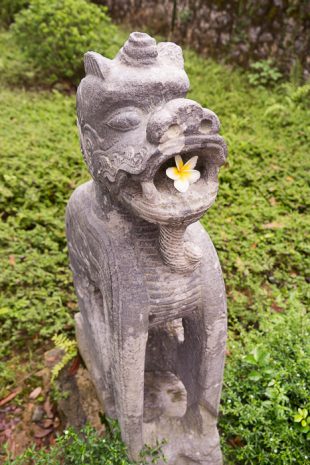 The Ancient Capital of Hoa Lư 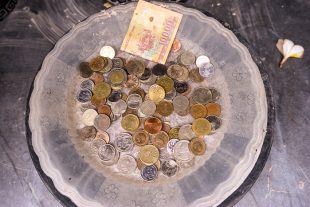 The Temples of Bích Động

Located a few kilometers north of Tam Cốc, the mountainside complex of Bích Động consists of three temples arranged in a vertical order. A climb to the upper pagoda is rewarded by magnificent views over the region. Bích Động was established in 1428 by two Buddhist monks from Ninh Binh, who recognized the area for […] 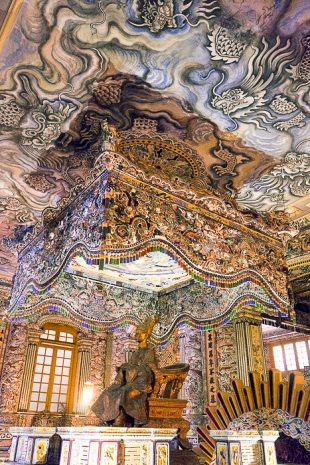 The Tombs of Minh Mạng and Khải Định

Hue’s golden days as Vietnam’s capital are firmly interred in the past. So it’s appropriate that some of the city’s most noteworthy sights are tombs. We’d be visiting four imperial tombs during our stay in the city, starting with two of the most impressive: the royal mausoleums of Minh Mạng and Khải Định. 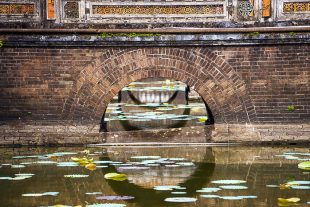 A UNESCO World Heritage Site, Hue’s Imperial City was the seat of Vietnamese power for 143 years. Emperor Gia Long, first of the Nguyen Dynasty, decided to move the capital from Hanoi into the center of the country, and built its massive citadel along the banks of the Perfume River. Today, the Imperial City is mostly in ruins. But what fascinating ruins they are. 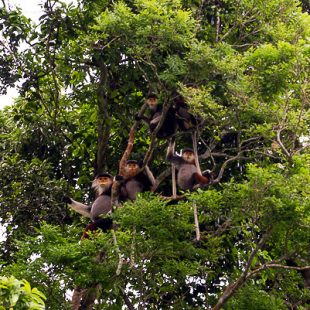 A large and densely-forested peninsula jutting into the sea north of Danang, much of Sơn Trà is an officially-protected wildlife zone. Exploring the peninsula makes for an easy day trip from the city, provided you have your own motorbike. And if you keep your eyes peeled, you might just spot some of the peninsula’s most famous residents: the endangered Red Shanked Doucs.