Ca Trù is a form of royal court music which dates back to the 11th century. The style almost died out completely after the reunification of Vietnam, but it’s been making a comeback, led by musical scholars and organizations like UNESCO, who have named Ca Trù an example of Intangible Cultural Heritage. We went to see a performance by the Ca Trù Club at the Kim Ngân Temple in the Old Quarter. 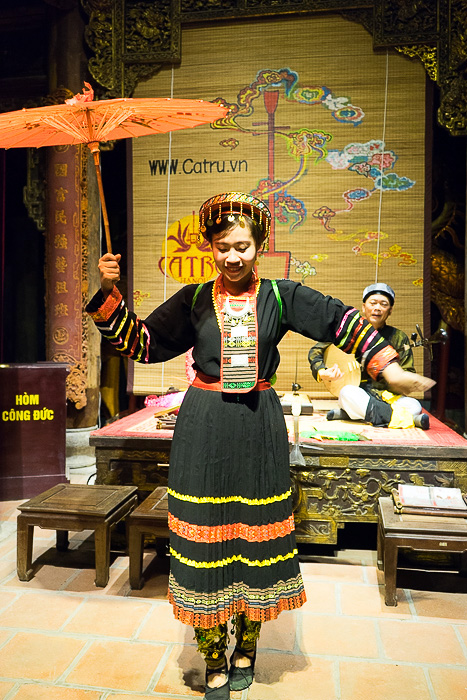 Though it got its start within royal palaces, Ca Trù eventually spread to inns around Hanoi and northern Vietnam. It reached the zenith of its popularity during the 15th century, but even then, was a form of entertainment more for the educated elite, than the masses. The culture of Ca Trù was similar to that of Japan’s geishas; the performers were attractive, talented women, who might often extend “extra services” to the officials who fancied them. 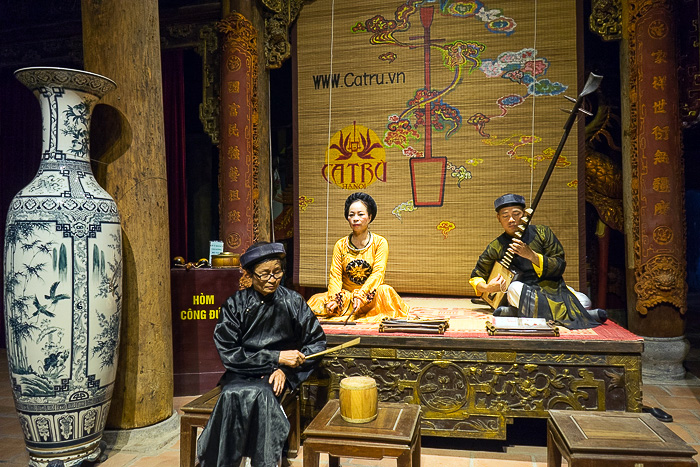 The communists considered the style to represent the subjugation and degradation of women, and sought to suppress it. But Ca Trù has survived thanks to the effort of a relatively small community of artists and historians. Today, there are a few places in Hanoi where you can catch a show. The most atmospheric must be the Kim Ngân Temple, where the Hanoi Ca Trù Club performs a few times a week. Since its founding in 1991, the club has been one of the main forces in the preservation of the style.

We showed up early and took seats in the front row. The performance was … interesting. Let’s just say that I had never before heard anything like Ca Trù. One woman sang and played the phách: a solid bamboo tube upon which she beat two sticks. She was accompanied by a man playing the đàn đáy: a long, three-stringed lute with raised frets and a polygonal body. And then there was the drummer, whose apparent job was to sit as still as possible, and once in awhile strike a drum, in no connection with the rhythm of the music.

The singing was lilting and atonal, with a lot of vibrato. We obviously couldn’t understand a word, but the lyrics are from Vietnamese poetry. While singing, the woman hit her bamboo stick with a quick, staccato rhythm. The lutist, meanwhile, was strumming a calmer melody which had (as far as I was able to tell) no relation to the tapping or the singing. But the weirdest aspect of Ca Trù had to be the drummer. He’d just sit there, looking off into space, and then out of nowhere strike his drum. We’d learn later that his role represents that of a spectator. Depending upon how they are delivered, his drum strikes indicate approval or displeasure with the progression of the song.

The concert was slated to last an hour, but this was such strange music, I don’t know if I could have endured it. Luckily, after a couple songs in the Ca Trù style, the troupe introduced us to other, more-accessible types of historical Vietnamese music which used other instruments, such as the Đàn tranh (a long zither played while seated), or the Đàn nguyệt (an over-sized banjo), and incorporated dance. After the show was finished, we were able to try out the instruments, and spent some time talking to the performers.

This was a great night out, even though it’d be a lie to say I really enjoyed, or even understood, Ca Trù. Regardless, it was fun to expose ourselves to this strange and unique piece of Vietnamese culture. 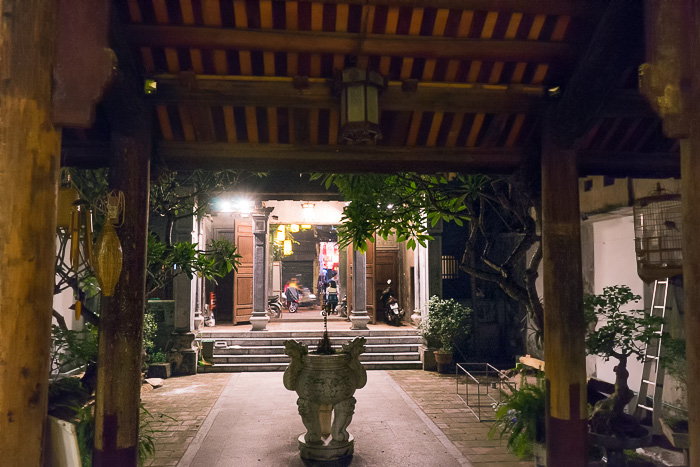 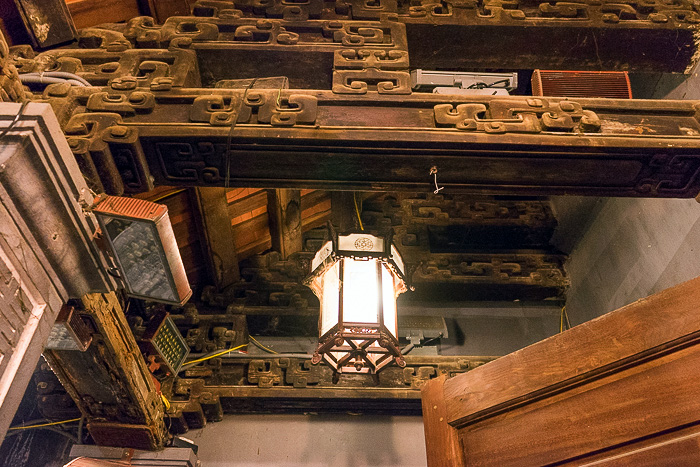 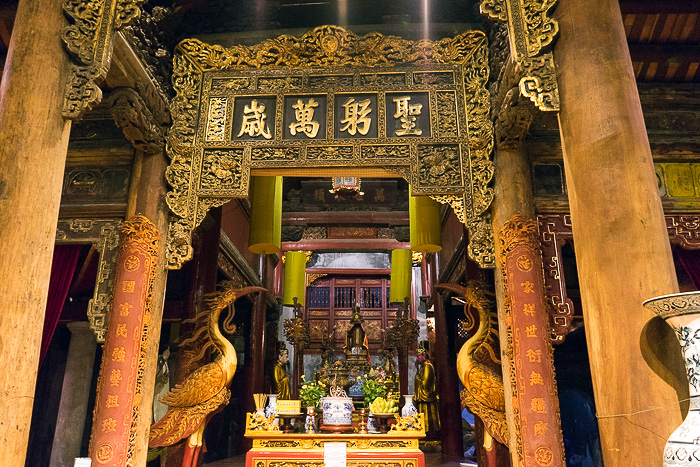 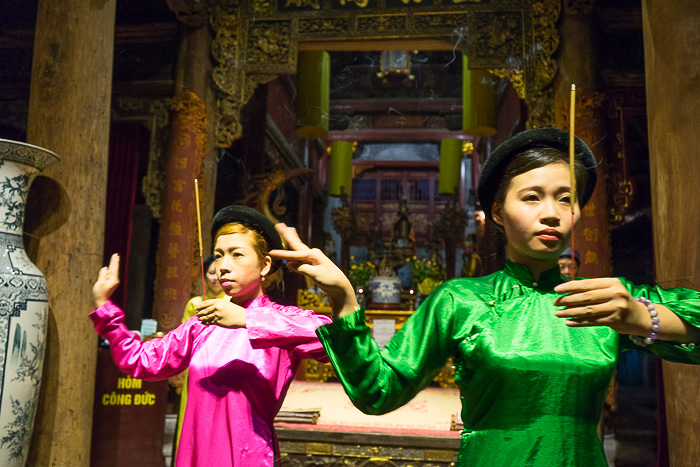 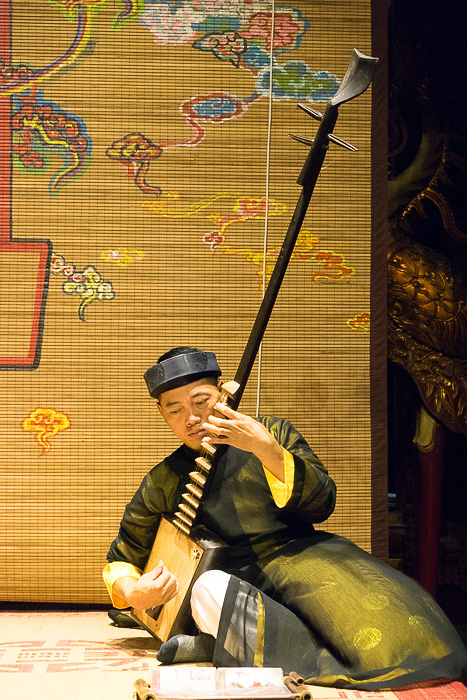 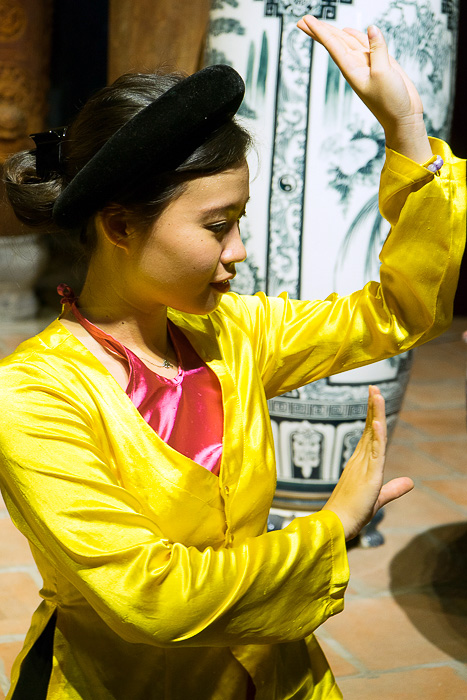 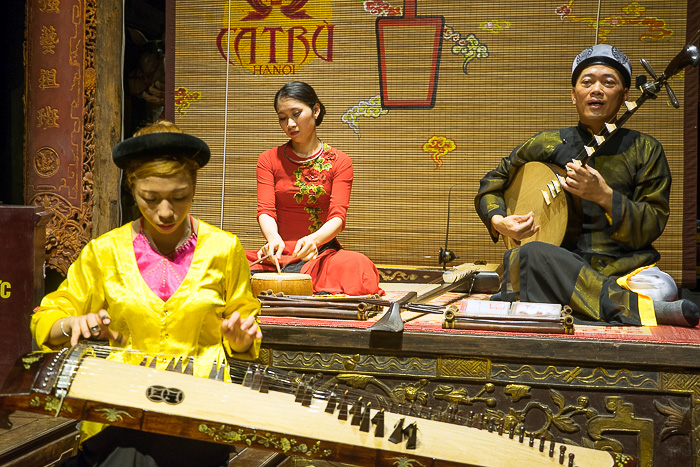 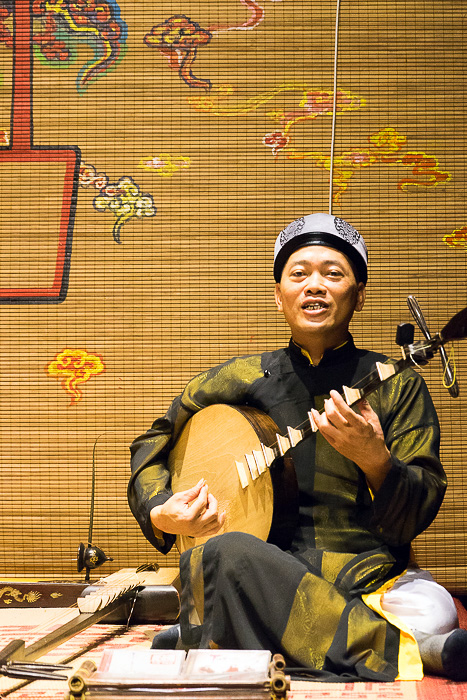 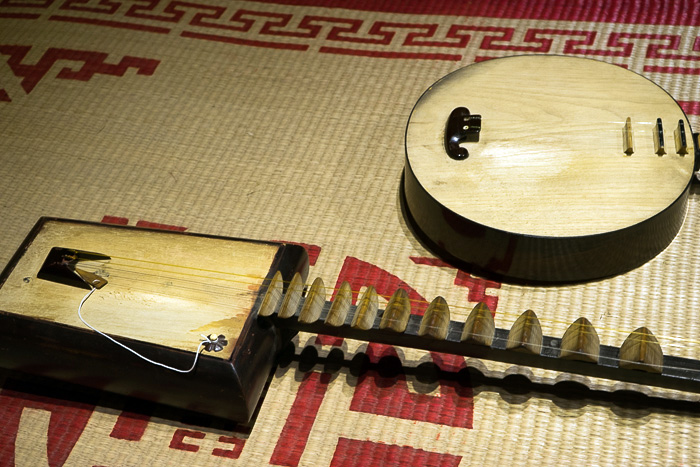 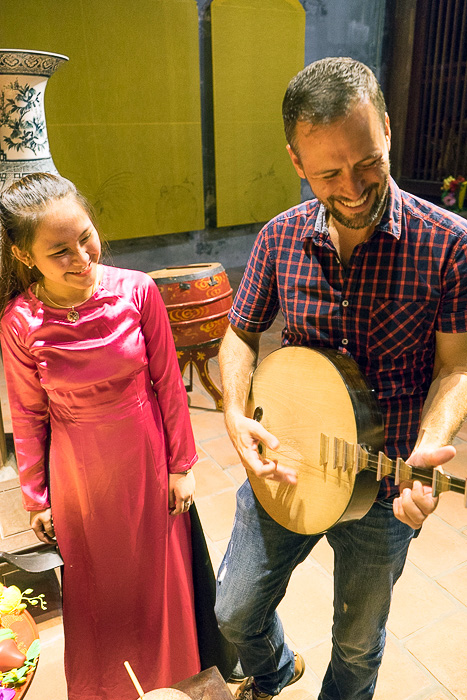