Because the Old Quarter of Hanoi has given itself over so completely to tourism, it can be hard to get a sense of its history. But if you’d like to see how families lived in the 19th century, head to the Heritage House, in the heart of the backpacker district at 87 Ma May. 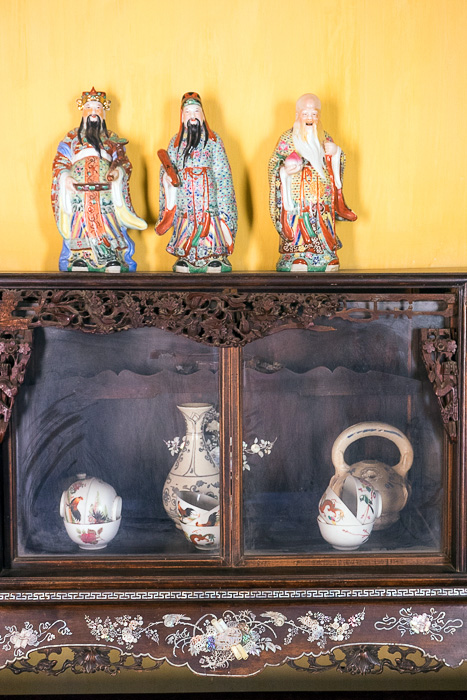 Built during the French occupation, the Heritage House was both a street-facing shop and the residence for a family which must have been fairly well-off. From the outside, it looks small, but the shop extends back for almost entire a block, through two courtyards and three buildings.

Long, narrow structures such as this were typical of Hanoi during the late 1800s and early 1900s. They’re called “Rocket Houses” or “Tube Houses”, and their function was both practical and financial. Long houses encourage a nice breeze, and the bedrooms were protected from the noise of the city streets. But the more pragmatic explanation is that buildings in Hanoi were taxed based on the width of their street frontage. The government didn’t care how far back your home extended, just how narrow it was. 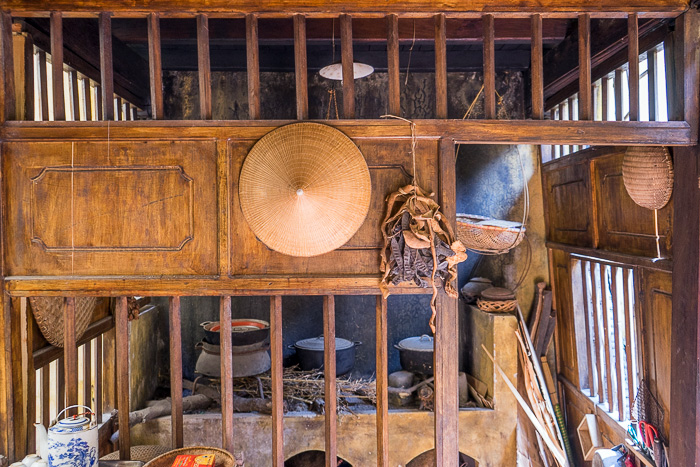 The first room of the Heritage House is a gift shop with hand-crafted art pieces, but once you get past that, Vietnam’s relentless capitalism takes a welcome rest. Completed in 2014, the restoration of this house was nicely done, bringing it back to how it might have looked back in the day. Placards with interesting information are posted throughout the house, describing the traditional beliefs or practices of the families who lived here.

And all of these beliefs make perfect sense! Did you know that some Vietnamese families would worship their stove tripod, who was thought to be a god named Tao? Tao was the fusion of two men and a woman, who were embroiled in a bizarre love triangle. They ended up in a big fight, landed in a bonfire… and were somehow turned into a three-legged stove. A three-legged stove deity. If you’re going to worship something, might as well be a belligerent, polyamorous kitchen implement, right?

Upstairs in the bedroom, we found another, less surreal, object of worship. Ancestor worship makes a large part of Vietnamese folk religion. They believe in life after death, and that the souls of their lost family members can influence their lives. I like this concept, that departed ancestors must be actively memorialized. Unlike elderly people in so many societies, the Vietnamese must not suffer from the fear of being forgotten.

The Heritage House can be visited in about twenty minutes, and costs about a dollar. This is your best chance to see authentic living quarters from the colonial days of Hanoi, and is such a informative and cheap attraction, I can’t think of a reason to skip it. 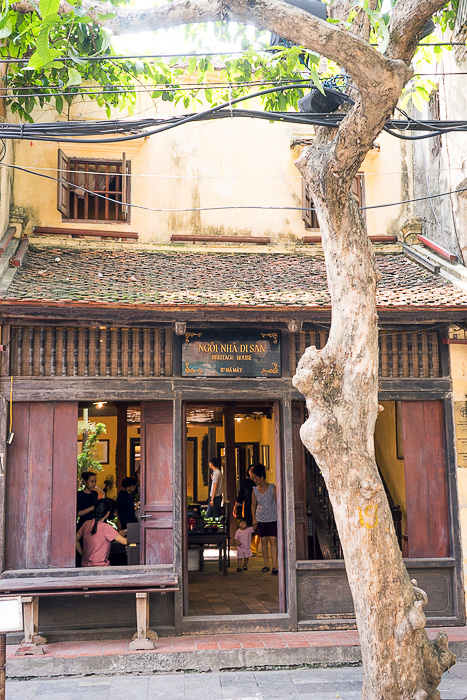 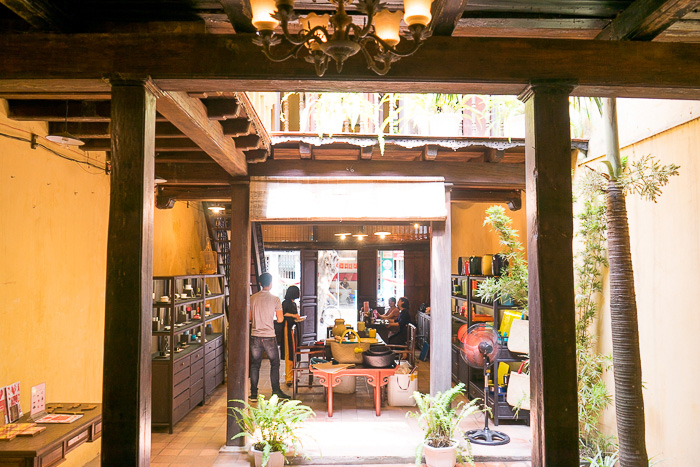 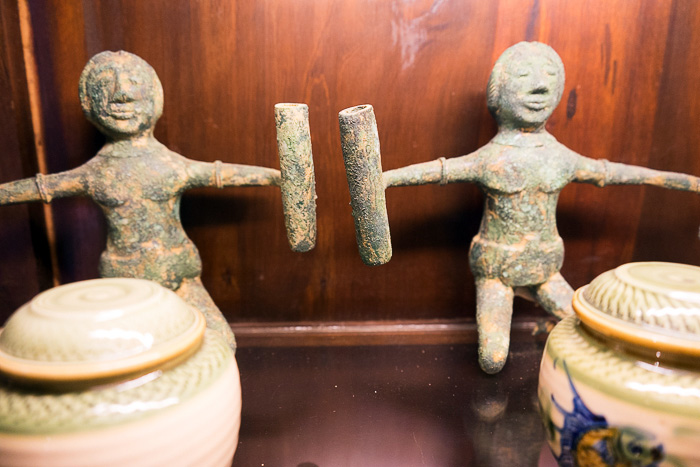 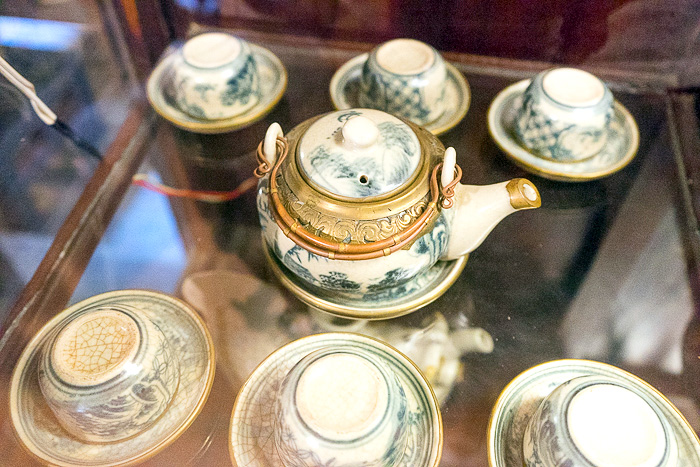 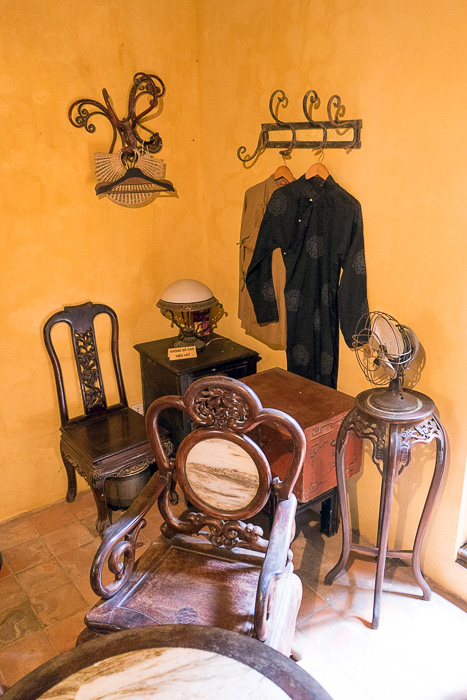 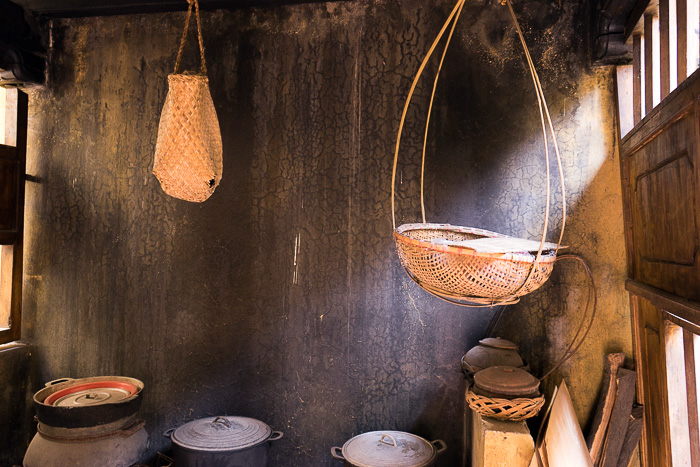 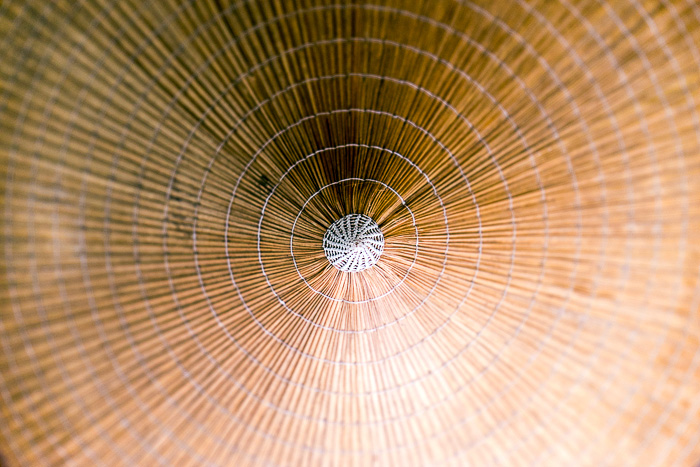 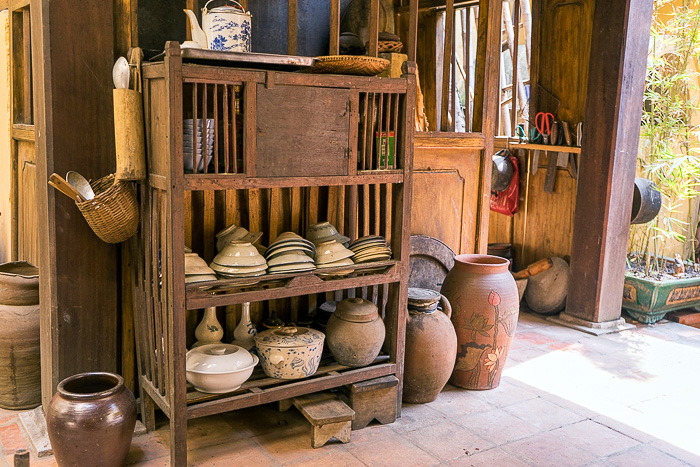 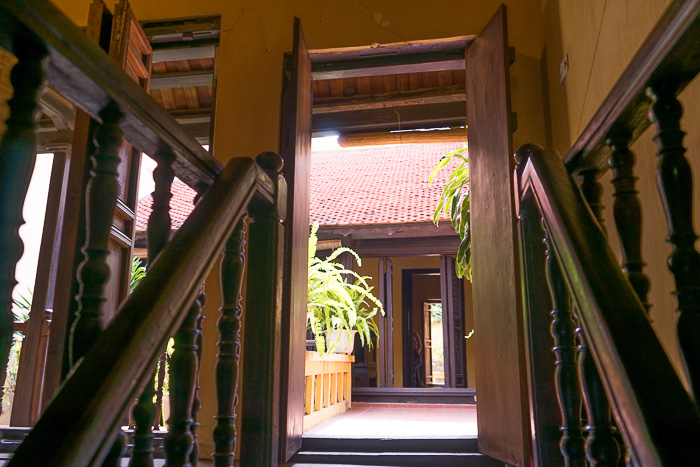 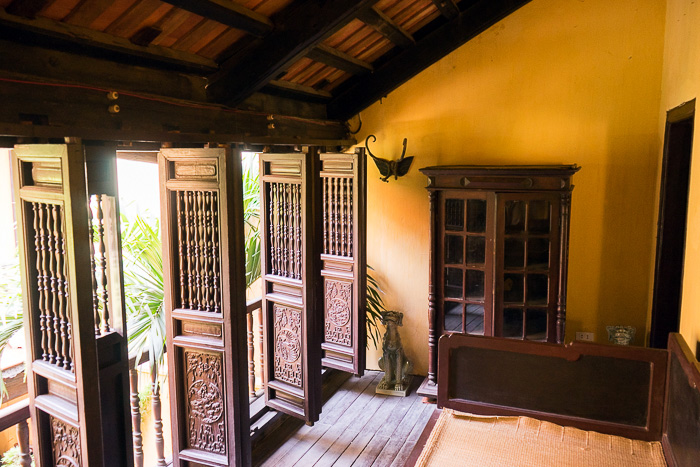 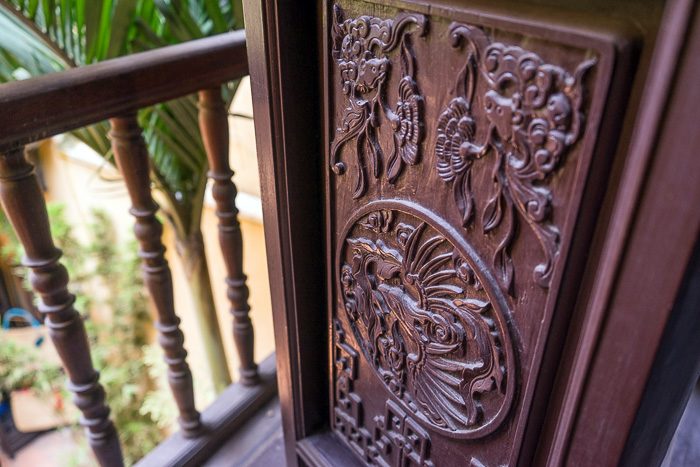 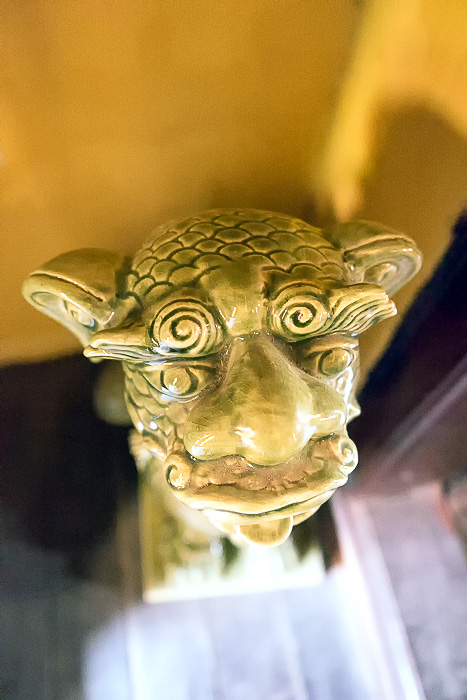 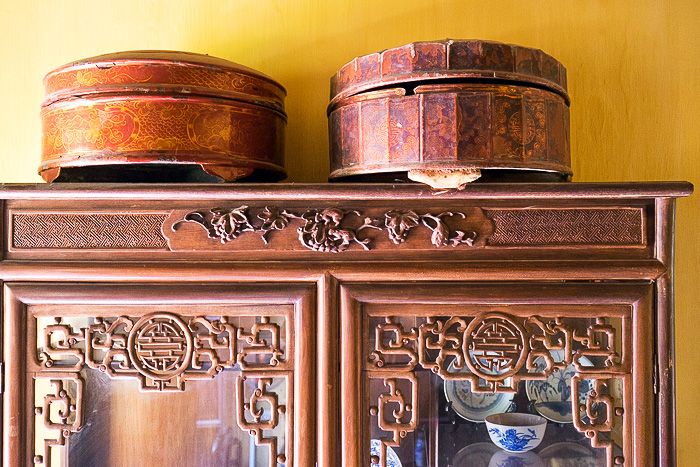 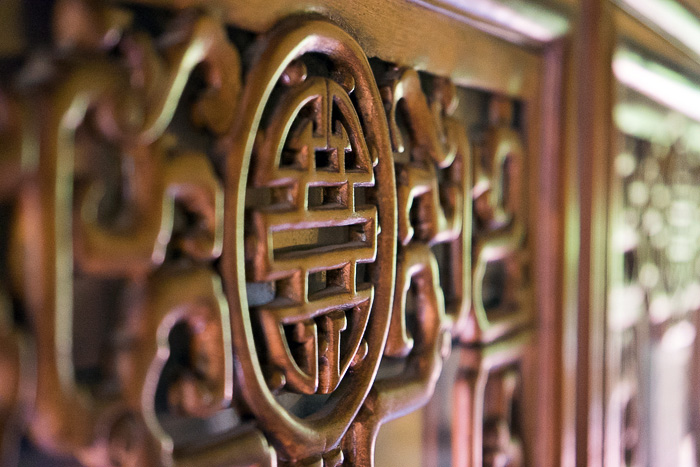 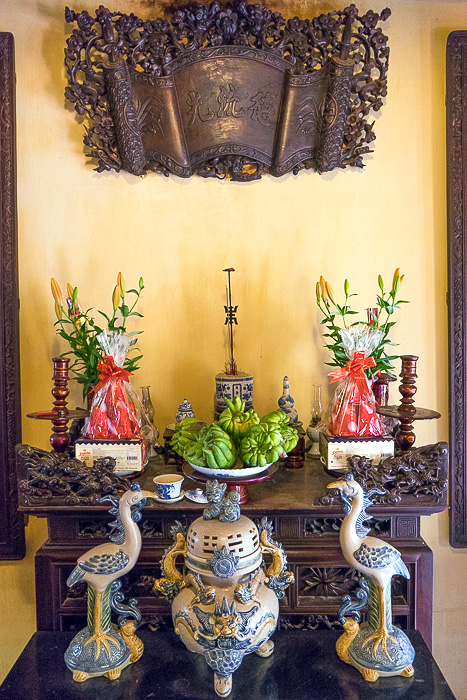 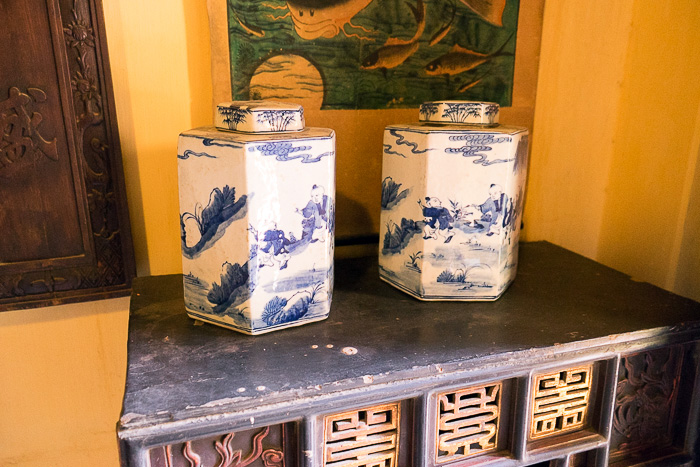