In seven years on the road, Jürgen and I had never once used our travel insurance. With all the adventures we’ve had, from an encounter with quicksand in Bolivia to paragliding in Macedonia, that’s a great track record. But in Vietnam, the streak came to a definitive end. Here, we’ve had to use our travel insurance three times. It’s not just us; we’ve seen more injuries, accidents and illnesses in Vietnam, than in our previous sixteen destinations combined. 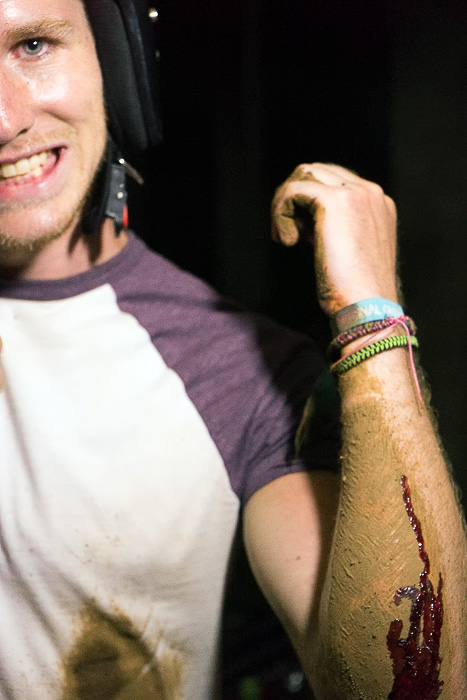 Many of the injuries we saw were superficial, or at least not life-threatening. As you walk around Hanoi, pay attention to people’s legs. It won’t be long before you see one that’s badly burned. This “Saigon Kiss” is what happens when you press bare skin against the exhaust pipe of a motorbike. It’s surprisingly easy to get this injury, and it happens to locals just as often as tourists.

Of course, burns are far from the worst problem you can have on a motorbike. In Saigon, during those halcyon first weeks in Vietnam, when everything was new and therefore wonderful, we thought the traffic was crazy but fantastic. So much fun! We loved watching it, marveling at how they zipped and weaved, without ever blinking or even looking. “It’s nuts, but it works!”

And then we saw our first accident. And then another, and another. Turns out, the traffic is nuts and it doesn’t work. Of course it doesn’t, how could it? Disregarding traffic laws sounds crazy, because it is crazy. In Hue, we saw an accident come together, as though it were happening in slow motion. A motorbike was entering traffic, not paying the slightest bit of attention to his surroundings. And the other driver, zipping down the street, was texting. We knew what was about to happen, but were powerless to stop it. The frontal collision sent both drivers flying. We rushed over to help, but a large crowd had already formed, and our presence would have been distracting. As we left, we noticed half of the crowd was laughing and taking pictures. 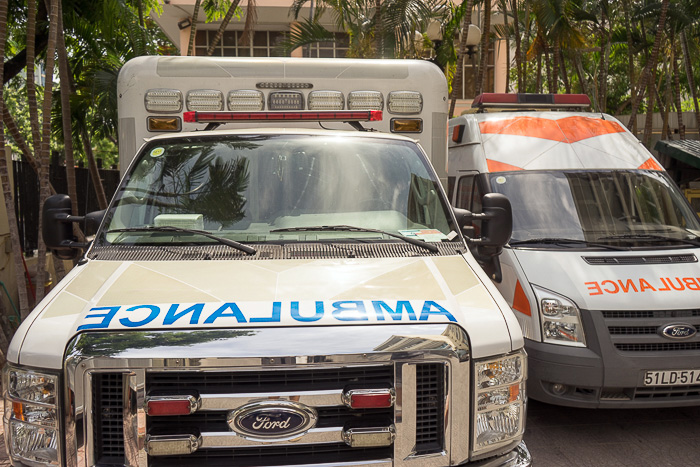 Which brings us to another topic: the matter of how the Vietnamese respond to the bad luck of others. They delight in it. In Hoi An, after crashing on a bike, I was bleeding from my knee and arm. People hurried over, but not to help. This was some great entertainment! Let’s take pictures and laugh! I snapped. “Something funny?!” but apparently the answer was “yes”, because my outburst just made them giggle all more. I mean, I was banged up, but clearly fine, and I believe if I’d been laying there unconscious, one of them would have tried to help. In general, we’ve found the Vietnamese to be exceedingly kind to strangers. But this tendency to laugh at the misfortune of others is an ugly trait, and we saw it a lot, in situations both serious (like an injury) and trivial (like a dropped phone).

And then there are the invincible foreigners. Vietnam, and especially northern Vietnam, seems to attract young travelers who truly believe that they are made of steel. Kids with no experience will happily rent motorbikes to zip around the city and into the hills. They’re on vacation! They’re young and havin’ adventures! I can’t even begin to stress what a bad idea this is. I’m serious, we saw so many backpackers with bandaged legs, arms in slings, crutches and more. Just in Phong Nha, we literally saw a dozen injured young Westerners. I’m not saying “don’t rent motorbikes”… but get some experience back home. And I’m not excusing ourselves from admonition: we did the exact same thing, driving a motorbike for the very first time while on Phu Quoc. Nothing happened, but it was stupid to take the risk. 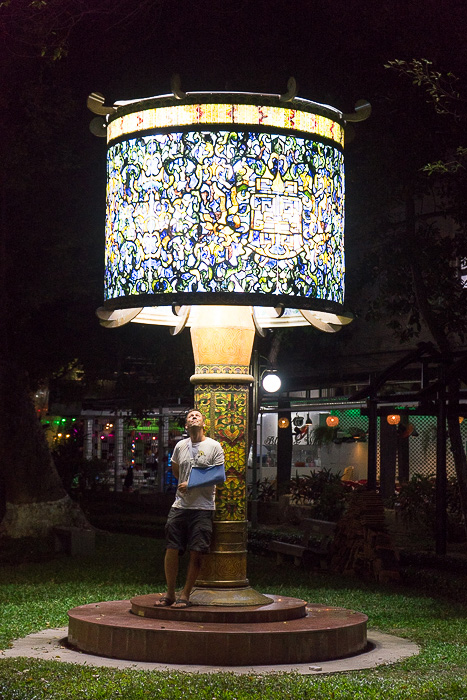 There are other dangers in Vietnam, as well. How many people did we talk to, who’d suffered severe food poisoning after eating street food? So many. Sure, it’s delicious, but it’s still street food! A rat has almost definitely walked across that lettuce. Or nested in it. Jürgen and I were immune, because we’ve been eating in sketchy places for years, and our leathery, cigar-smoking stomachs don’t even care at this point. But a serious proportion of people we met were not so lucky.

Wait, there’s more! Theft is common, although there’s very little violent crime against foreigners. And please don’t underestimate the tropical weather: it is extremely hot in the summer, and heat stroke isn’t a joke. Also, the country’s general infrastructure and safety standards simply aren’t equivalent to those back home. If that beautiful, rickety bridge looks dangerous, there’s a very good chance it’s actually dangerous! Don’t just assume it’s fine. Also! You’re unlikely to encounter them unless you’re into “extremely” off-the-beaten-path adventures, but there are thousands of live landmines still hidden in the country’s forests. So, don’t go off the beaten path.

I’m starting to sound like a neurotic whacko, and it’s not my intention. Vietnam is the kind of country where risk-taking is greatly rewarded. Our best experiences were on motorbikes, we loved the food, and we were exhilarated by the traffic in the cities, regardless of the dangers. The point I want to make, is to be as smart and safe as possible. You should absolutely get travel insurance. I hate for this entire post to sound like a plug, but we’ve been using True Traveller (a British company) for years, and they have paid our claims promptly. They’re not perfect, though, as they have strict policies on pre-existing conditions, and there is a lot of competition, so do some research.

This article is very out-of-character for us. Generally, we scoff when people fret about the dangers of visiting foreign countries. And Vietnam has so many wonderful aspects, that it seems like a waste of space to concentrate on the bad things that might potentially happen. But in the end, we saw so many people, and especially young people, hobbling around with injuries, that we decided it was important. Yes, go to Vietnam. Yes, take risks and have fun. But also make sure to keep your wits about you, and to have some sort of safety net… just in case.

–We recommend this Travel Insurance for US Travelers 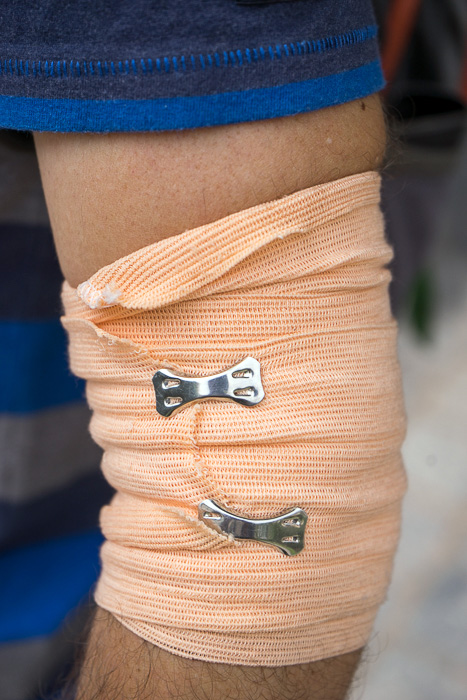 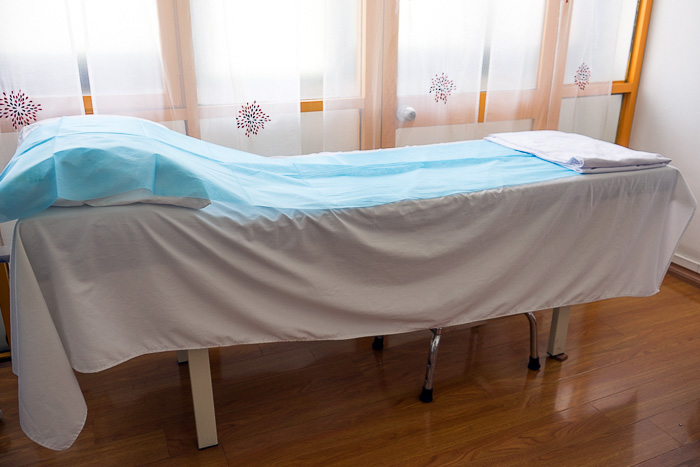 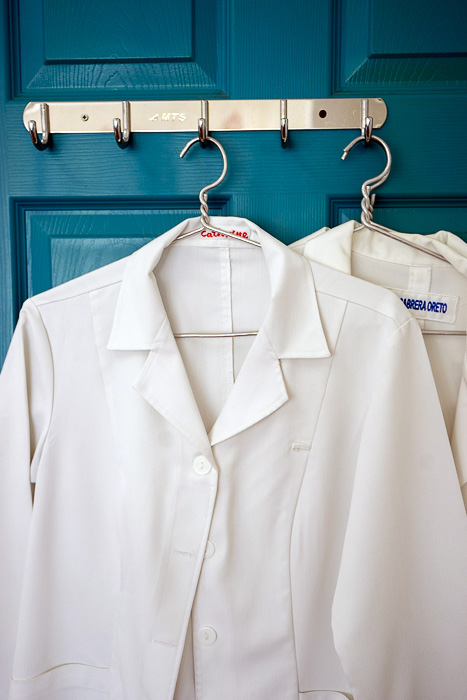 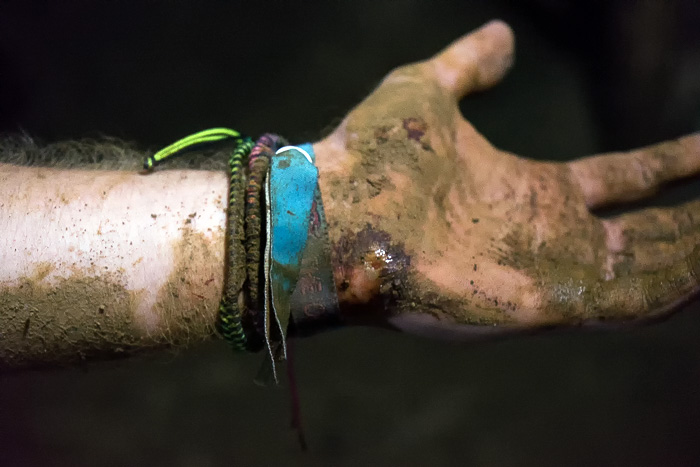 A Journey through Vietnam’s Past: Visiting the Citadel of Hanoi