Without a doubt, Vietnam’s most famous culinary export is phở: rice noodles cooked in a clear, rich broth, usually served with beef and veggies. And there’s no place better to try pho than in its birthplace, Hanoi. Whether you eat it for breakfast, lunch or dinner, from a street stand or an established restaurant, in the traditional style or in one of its many variations, it’s safe to say that you’re going to enjoy your meal. 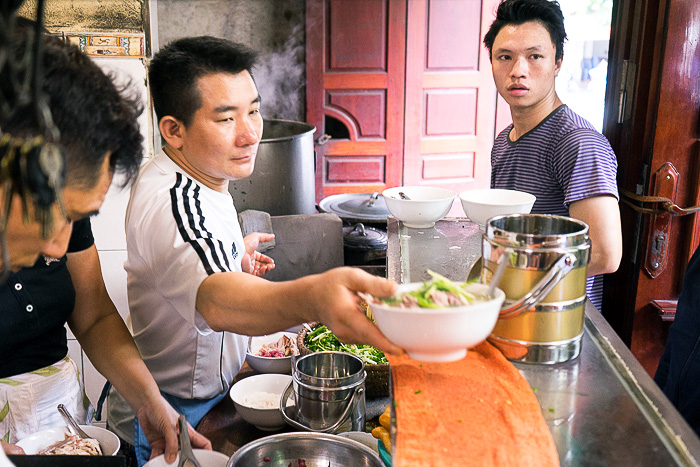 Pho is one of those dishes whose flavor and complexity can come as a surprise, considering its simplicity. On the face of things, it’s just noodle soup. But the magic is in the details… or rather, in the broth. A good pho joint spends hours simmering a pot of broth, usually beef-based and flavored with bone, ox tail, star anise, onions, garlic and often cinnamon. The broth is poured over rice noodles and served immediately, accompanied by a variety of garnishes, such as green onions, lettuce leaves and onion. 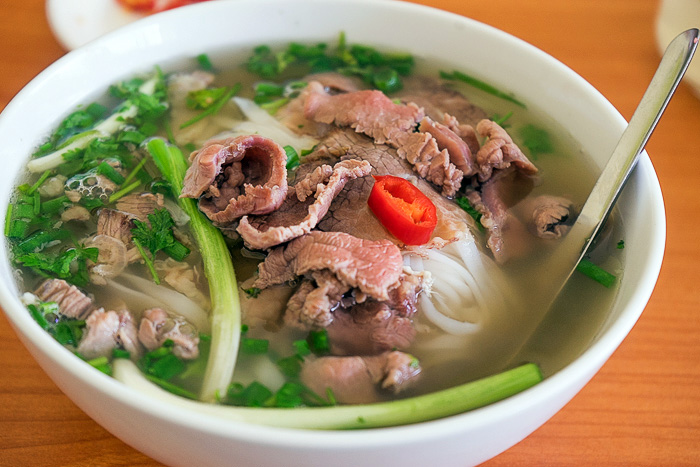 Beef pho (phở bò) is the original, but there are many different ways to order it, and you’ll have to be more specific than “beef” if you’re at a joint for locals. For example, you can get phở bò tái, which is thin slices of raw beef that cooks in the broth after it’s served. Phở bò chín means the beef will already be cooked. Phở gầu is fatty slices of beef brisket, while phở nạm is leaner flank. You might also see phở bo vien, or meatballs, although this is more widespread in the south. And of course, there’s phở ga, chicken pho, which is quite popular, although something about its aroma turns my stomach.

The worst thing about pho is its pronunciation. You’ll want to say it like “foe”, but it’s actually pronounced the way an Englishman would say “far”. Somewhere between “fuh” and “fah”. While I’m generally a proponent of proper pronunciation, in this case I have to make an exception. There’s just something about this particular word. For whatever reason, nothing is more irritating than a westerner trying to say “phở” correctly. It’s a hateful sound. The Vietnamese understand “foe” perfectly well, so that’s what we decided to stick to. 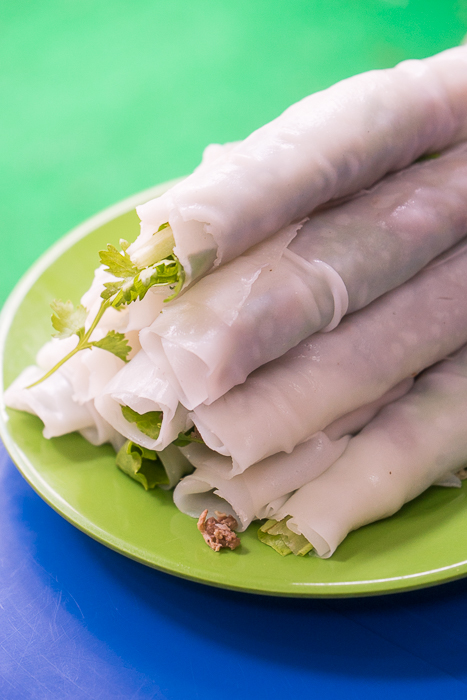 The classic version of pho is difficult to tire of, but we were overjoyed to discover all of the variations which can be found around Hanoi. The first (and best in our opinion) is phở cuốn. In this dish, the rice noodles are flattened into sheets, and wrapped around the rest of the traditional ingredients to create soft spring rolls. Delicious. 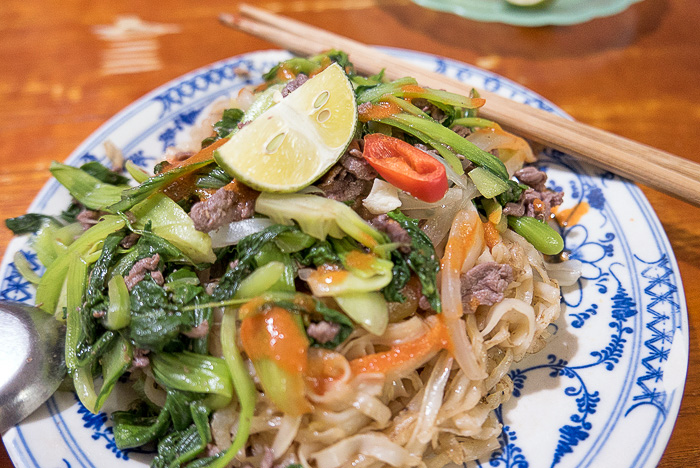 Another plate we ordered often was phở xào, or stir-fried pho. This is a dry variation, without the broth, and during Hanoi’s hot summer nights, is often a lot more appealing. You could stir-fry just about anything, and I’d gobble it up… so discovering the existence of stir-fried pho was very exciting. 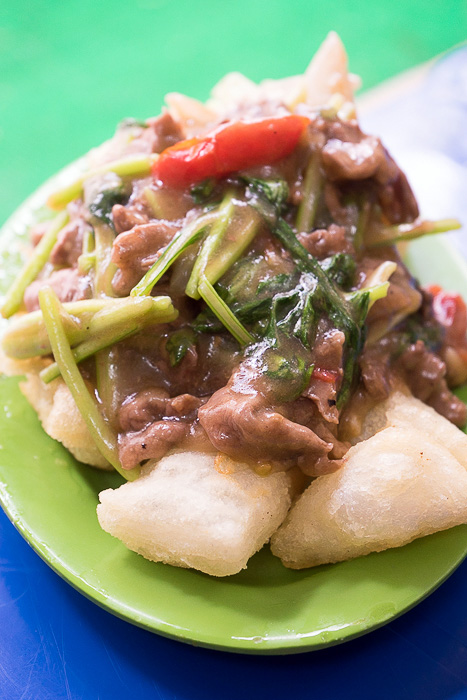 Another variation is phở chiên phồng, or deep-fried pho. Like phở xào, this is a dry dish. The difference is that the noodles have been cut into large squares and deep-fried, and are then served with stir-fried beef and vegetables. Interesting and worth trying, but this wasn’t our favorite way to eat pho.

Pho is almost always good, but because each place has its own twist on the broth, the differences between various restaurants are very stark. If you spend enough time in the city, you’ll definitely be able to say which restaurants were your favorite. Here were a few of ours:

Absolutely the best pho, and the best pho-eating experience we had in Hanoi. We knew this place was going to be good, when we saw the long line of locals waiting for tables. And it was. I have no idea what they do, but this bowl of pho was so good, I would… do things for it. Dirty things. We returned more than once, and somehow, despite the shop’s location on one of Hanoi’s main tourist drags, we were the only foreigners inside. [Location]

Running a close second in our personal list is Phở Sướng, which opens the entertaining food alley of Ngõ Trung Yên. Here, we tried pho with egg for the first time, which makes the broth richer and creamier. [Location]

Found on the small island in Bach Truc Lake, this shop is the first place we sampled phở cuốn (the spring-rolled version), which is a specialty of the neighborhood. Wonderful, and the staff was so friendly, it was almost unreal. We loved this place, and even though it was not near where we lived, we made sure to return. [Location] 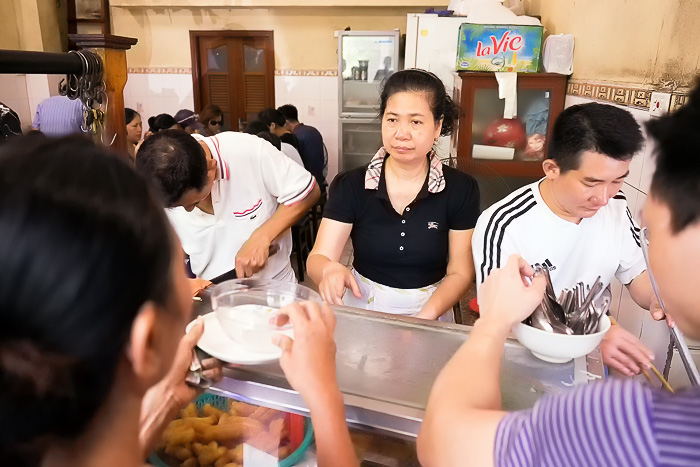 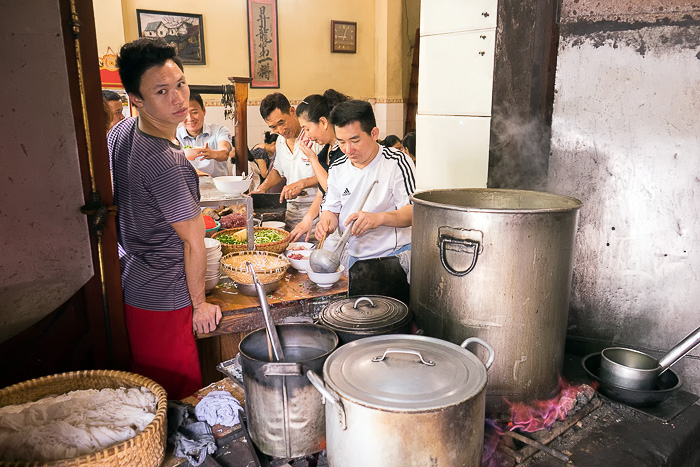 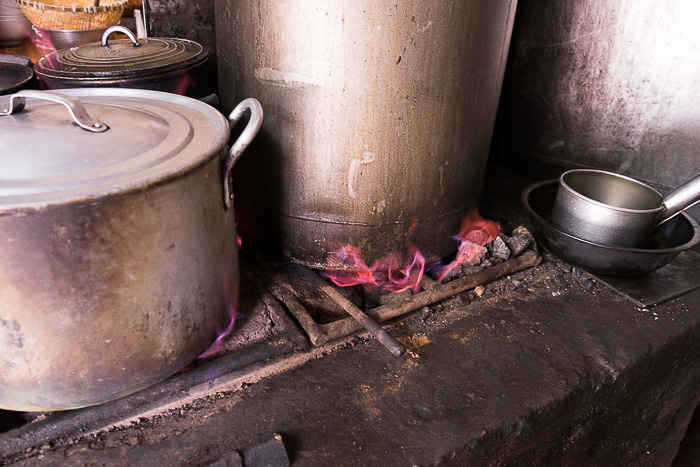 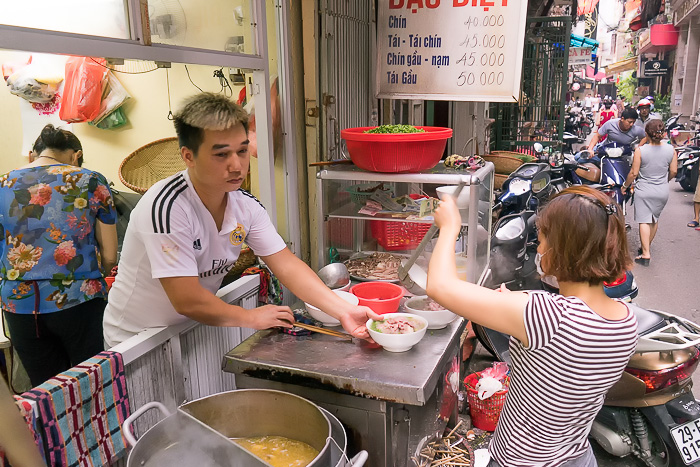 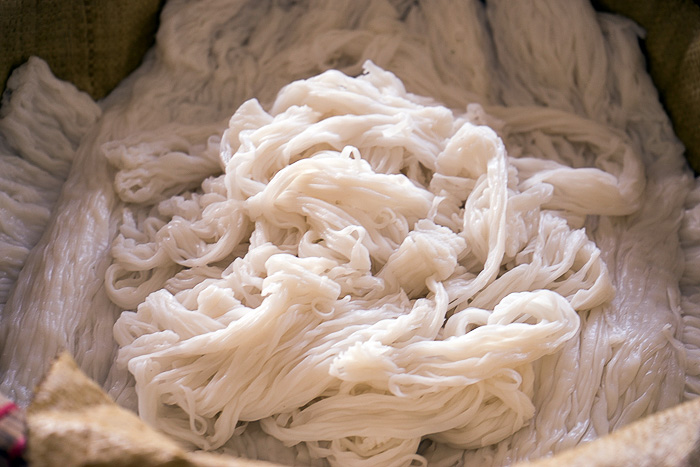 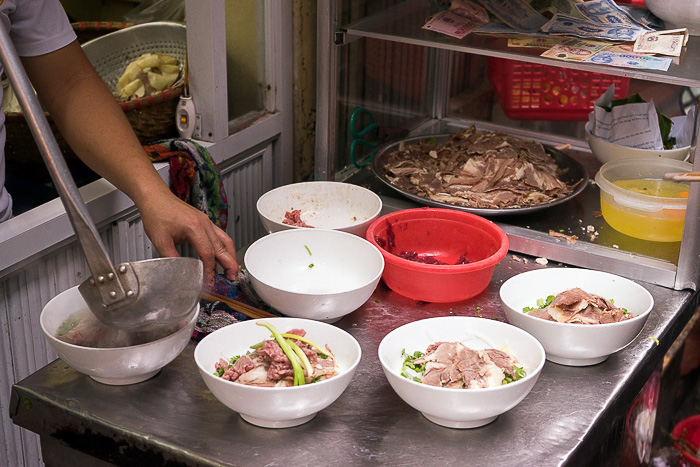 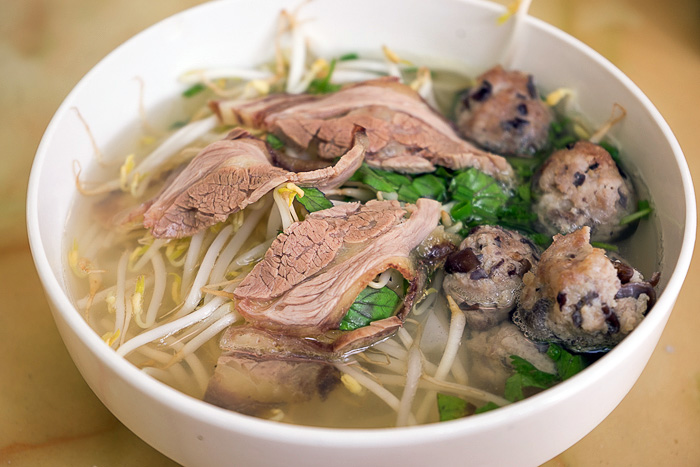 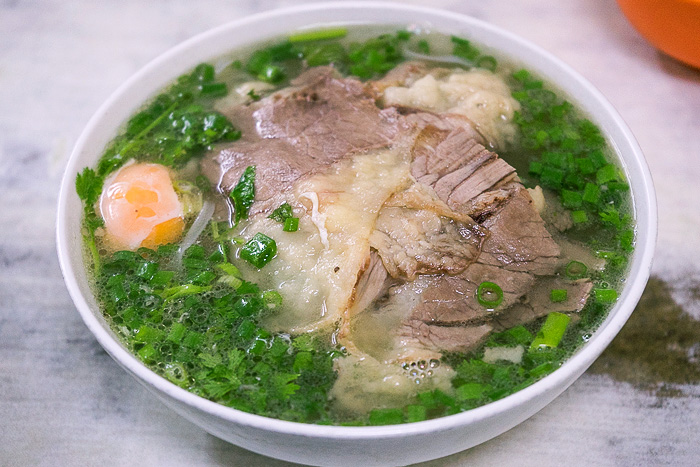 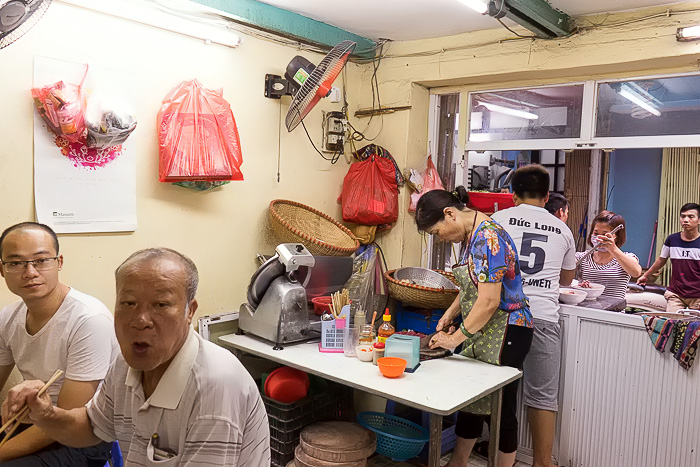 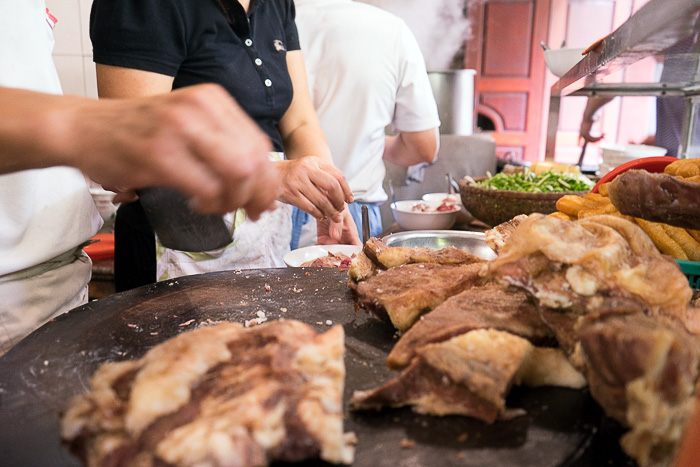