Nothing in the arsenal of the American military was as deadly to the people of Hanoi as the B-52. During one operation, charmingly nicknamed the “Christmas Bombings“, 15,000 tons were dropped on the city, resulting in the deaths of 1624 civilians. But Hanoi was not without its defenses. Today, the B-52 Victory Museum celebrates the Vietnamese skill at shooting the hated American planes out of the sky. 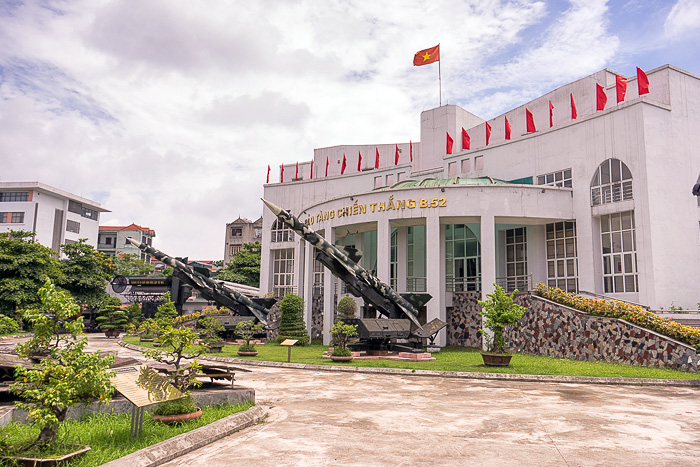 By far the most impressive exhibits of the B-52 Museum are the wrecked aircraft which litter the front yard. Collections of charred, twisted metal are laid out in front of the museum, along with the retired anti-aircraft guns which were used to bring down the enemy. The dark glee is almost palpable. “Yes, you killed a lot of us… but we killed you, too! Like heads on spikes, here is the proof.”

Inside, the museum is less compelling, as the exhibits tend toward the sort of Vietnamese propaganda we had long since become numb to. But it’s hard to complain about a museum’s exhibits, when it’s free to enter. It doesn’t hurt to take a quick peek inside, and perhaps you’ll find something memorable which we overlooked. 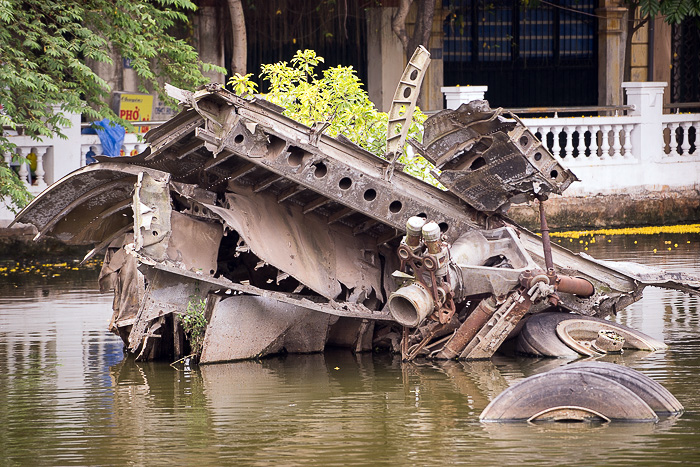 But we recommend hurrying through museum, and using the time to search out nearby Hữu Tiệp Lake, where the remains of a gunned-down B-52 can be seen, forming a shiny island in the water. After looking at the wreckage, make sure to take a break at the lakeside coffee house. Its name, as you have surely already guessed, is the “B-52 Cafe”.

B-52 Victory Museum Photos and a Video 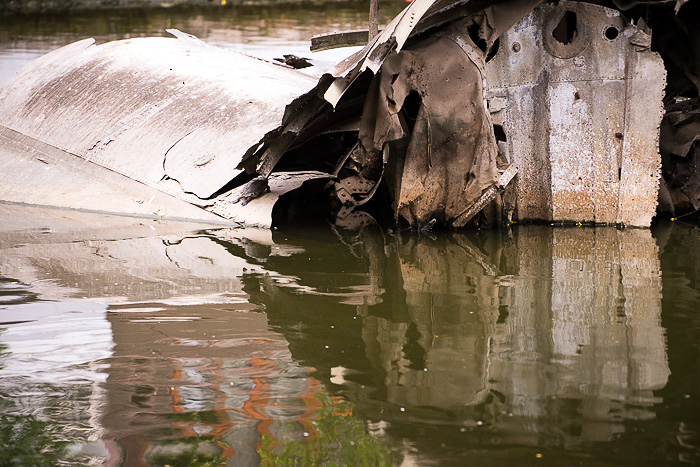 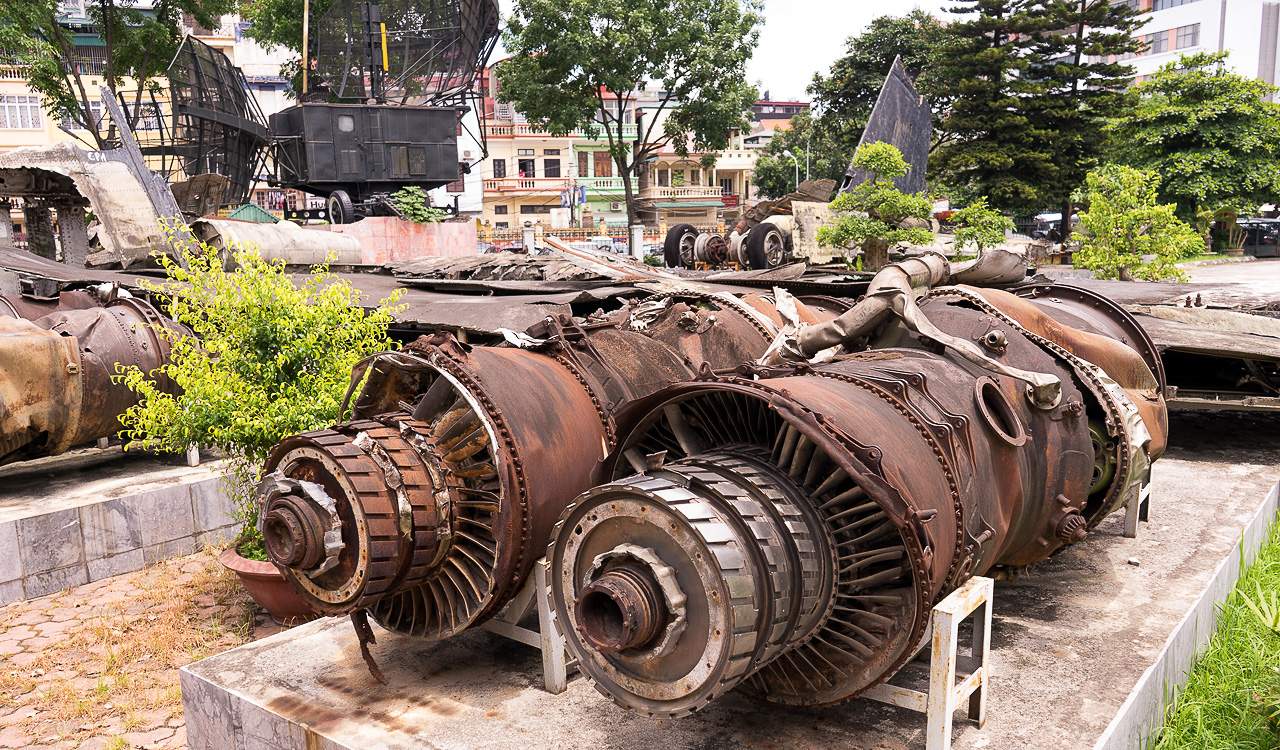 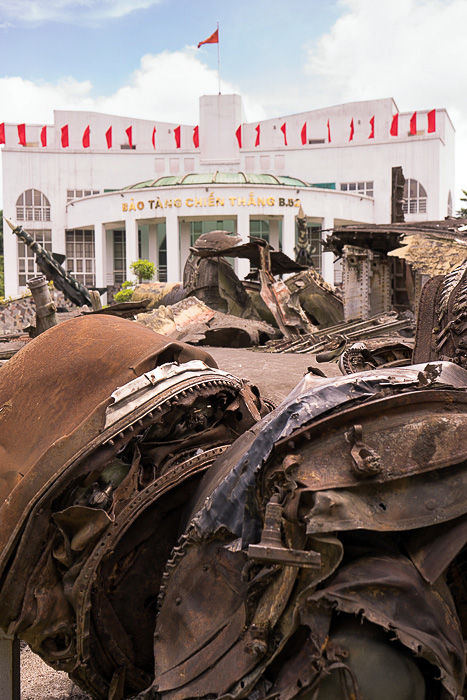 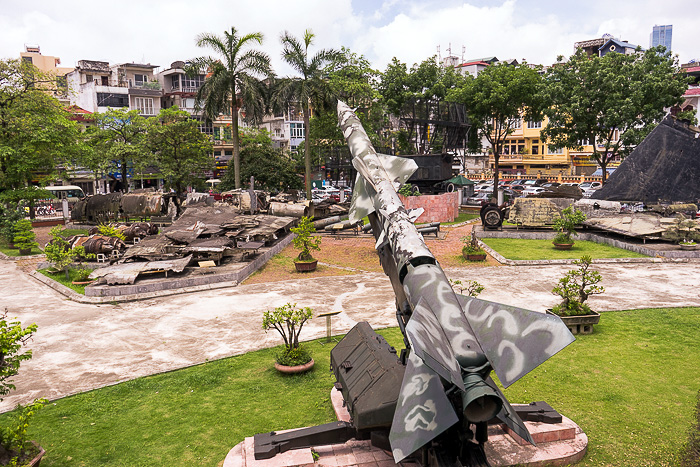 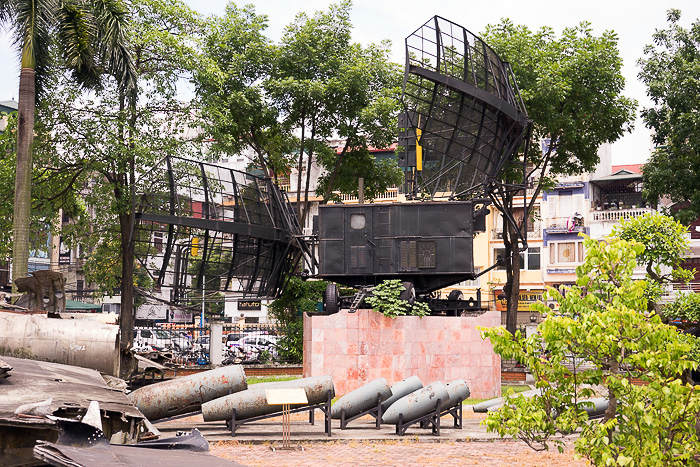 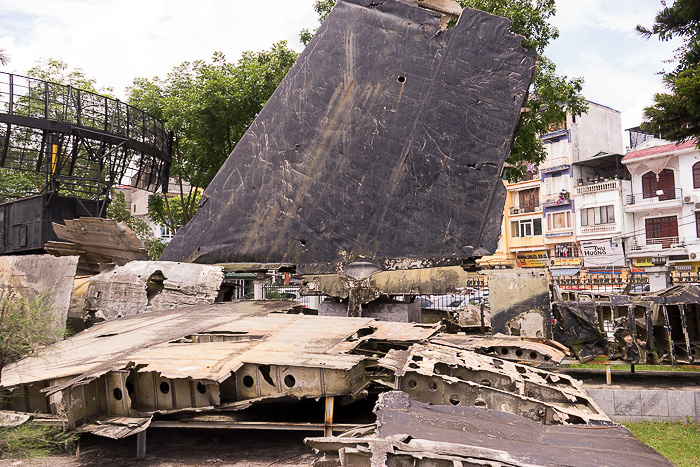 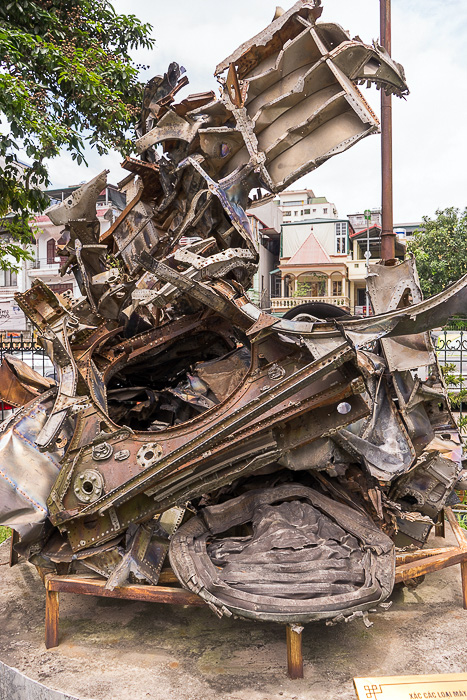 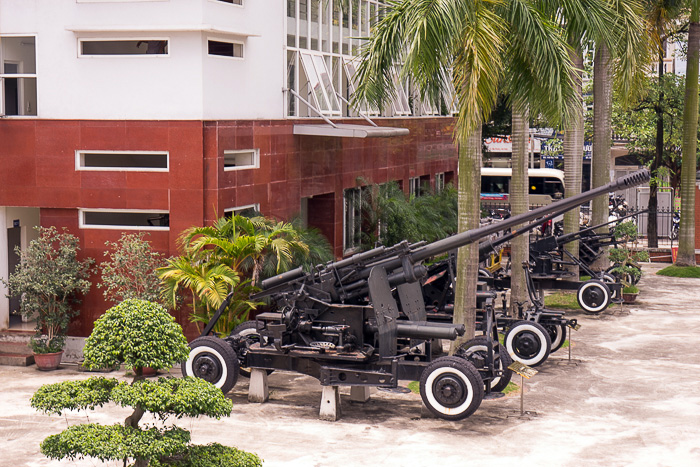 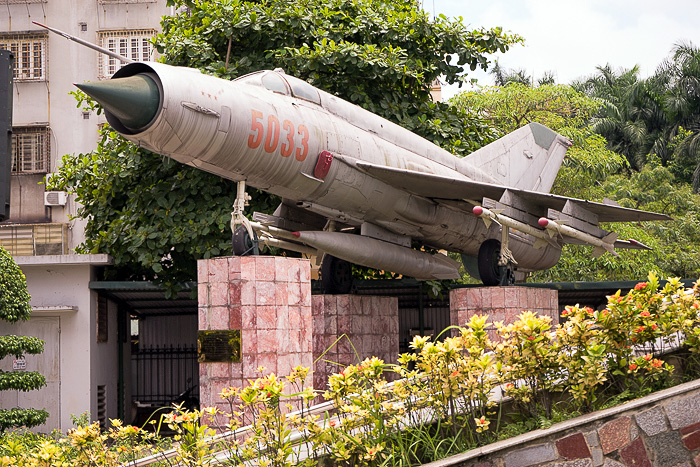 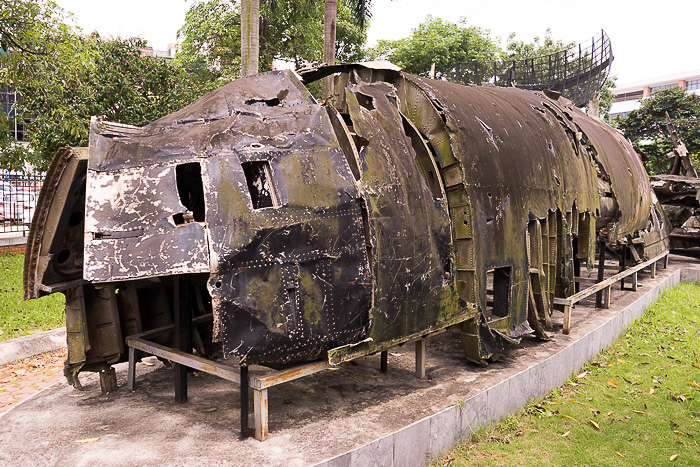 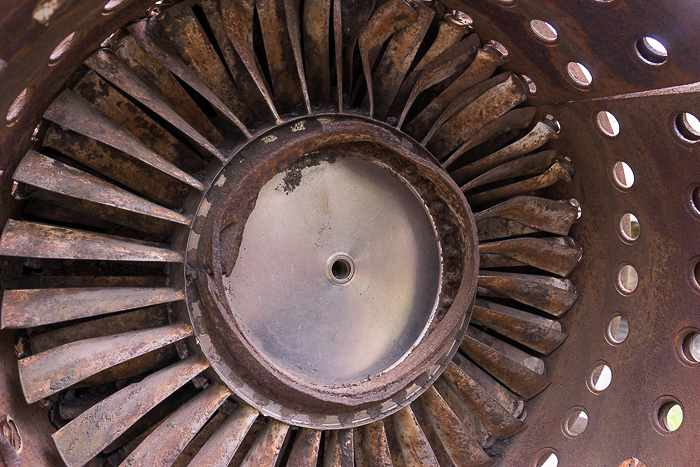 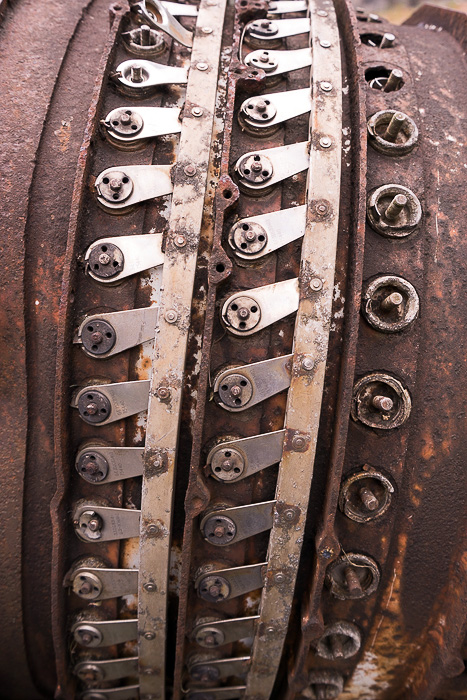 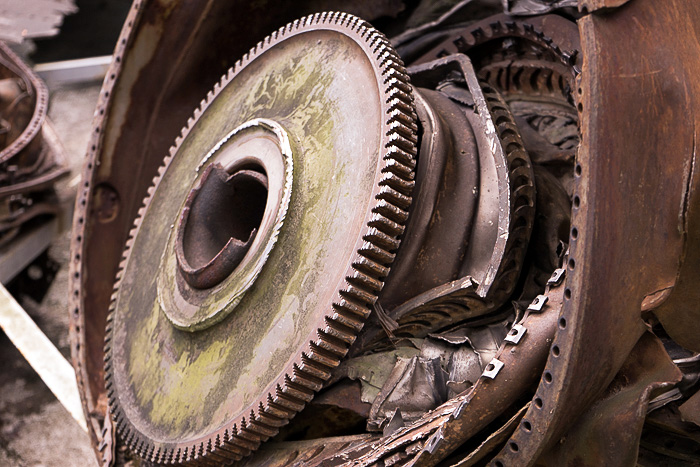 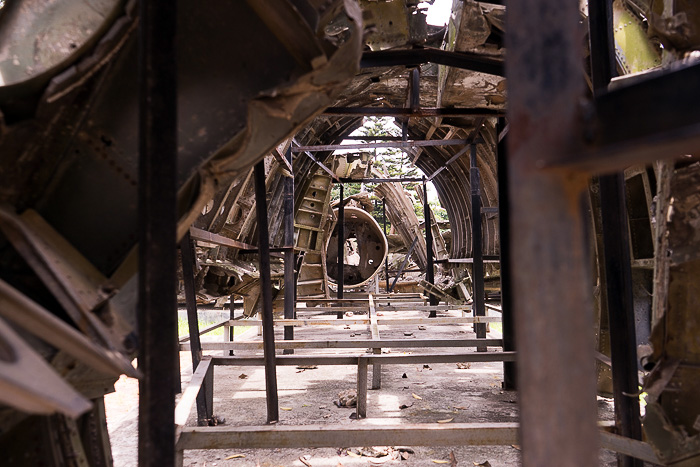 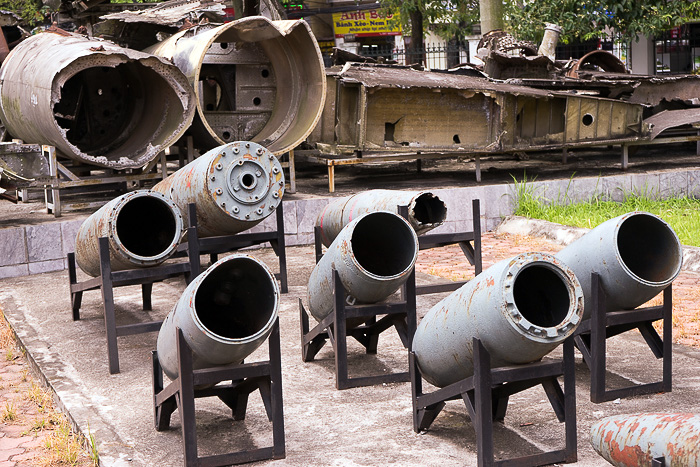 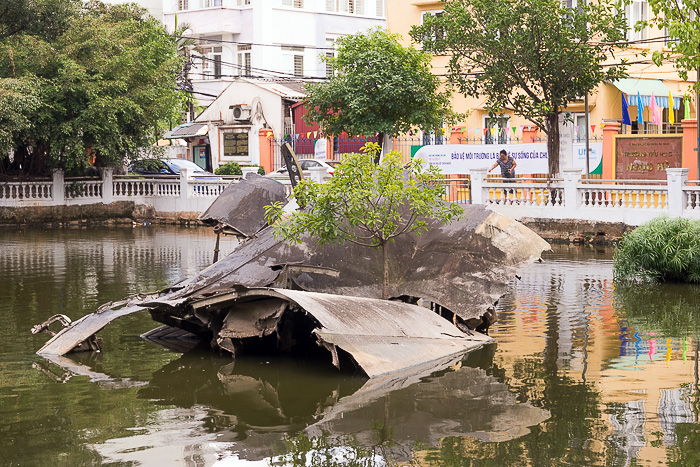 Hunting for Wicker in Đông Sơn