It wasn’t exactly how we planned to spend our day exploring the Natural Reserve of Pù Luông. And it wasn’t an experience we had really even considered within the realm of possibility. But when you find yourself invited to an alcohol-soaked community party in a remote Vietnamese mountain village, what are you going to do? 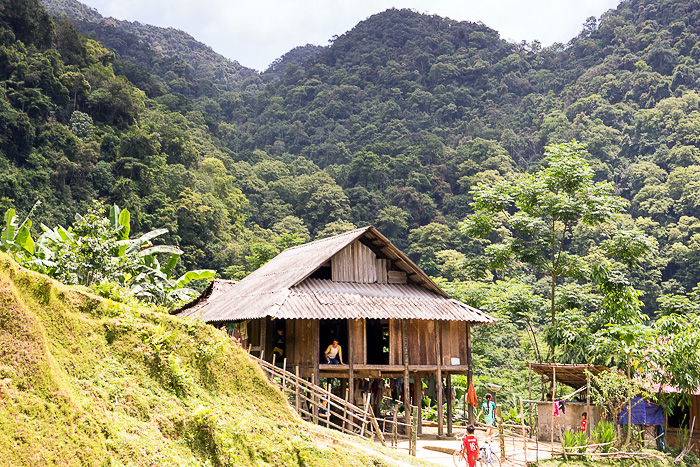 After sleeping surprisingly well in our ultra-rustic homestay, we awoke early and got on the road after devouring a breakfast of sweet banana pancakes. Our plan for the day was ill-defined, but simple enough: drive deeper and deeper into the valley of Pu Luong, until we either hit the end of the road, or ran out of time.

And the plan worked perfectly. We passed through village after village… Bản Cao, Bản Trình, Bản Bố… all of them tiny, lively collections of houses, with families working in the fields or drying their gathered rice on the streets. The landscape was unbelievable, and everyone was happy to see us as we puttered past. It’s a strange feeling when a woman puts down her sickle, just so that she can wave at you with both hands. Foreigners are a true novelty in Pu Luong, and our presence was genuinely exciting to them. It’s like the best super-power ever: the very sight of you forcing people to smile. 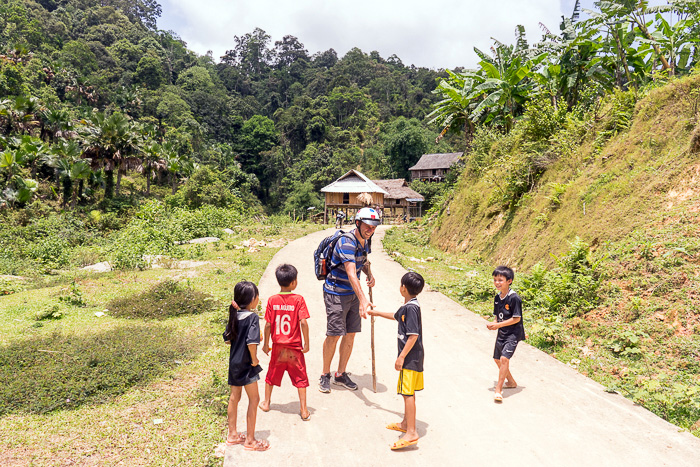 At exactly noon, we arrived in Bản Kịt, the final town in the valley. Perfect for lunch time, but Bản Kịt was ridiculously small, and there wasn’t any sort of shop or restaurant. Hunger inspires boldness, however, so we approached a couple guys who were smoking a pipe, and asked if we could get some food. They brought us beers, and then discussed something at length among themselves. It seemed a weirdly serious discussion, but we were too happy with the beer to worry much.

Then, an announcement blared over the speaker from the large stilt-house to our left. The guys stood up and indicated we should come along. Taking off our shoes, we followed them up the stairs into the stilt-house, where we encountered three enormous platters of food, each covered in twenty kilograms of pork and tofu. This clearly wasn’t a meal they’d whipped up just for us. We sat on the floor, cross-legged, at one of the platters, and watched in mute astonishment as the entire village filed into the house.

Somehow, we had arrived in Bản Kịt minutes before their village party. We had been given seats of honor, next to the community leader, and almost everyone made a point of coming over to shake our hands. We ate and tried to make small talk; difficult, since nobody spoke the slightest bit of English. But soon, our powers of conversation would improve immensely.

Long have I dreamed of being in a situation, where I’m forced to drink shot after shot of alcohol, because to do otherwise would be to insult our gracious hosts. And finally, after a lifetime of travelling, that moment had arrived. This Bản Kịt party had massive jugs of rice wine, and almost everyone at the party wanted to do a shot with us. 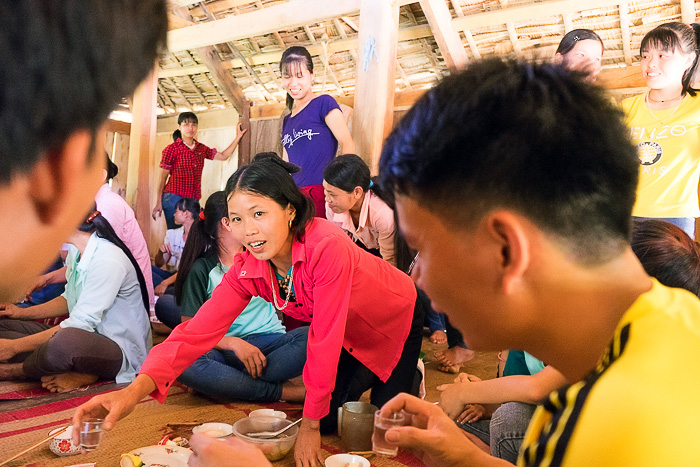 The ritual was repeated well over a dozen times: someone would approach our group, and after receiving a signal of approval, pour shots for everyone in the group. We’d all clink glasses in a way which was strictly hierarchical; whoever was younger or inferior in status would hold their glass lower. Nobody allowed us to hold our glasses lower than theirs, not even the village leader.

We took our leave while the party was in full swing, and just as it was starting to get sloppy. I’m still amazed by how lucky we were … not just that we happened to visit Bản Kịt on a special Sunday, but that we arrived minutes before this party got started. And that we happened to be hungry enough to ask for food from a couple random guys. Without that approach, we would have left town without ever knowing what we were missing. This was something for which you could never plan, and certainly something which you should never expect, but it was the type of experience which happens once in a blue moon. And the kind of thing that makes travelling so special. 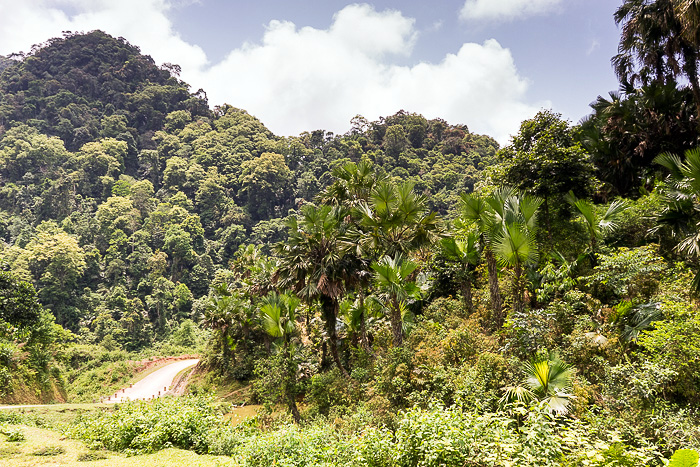 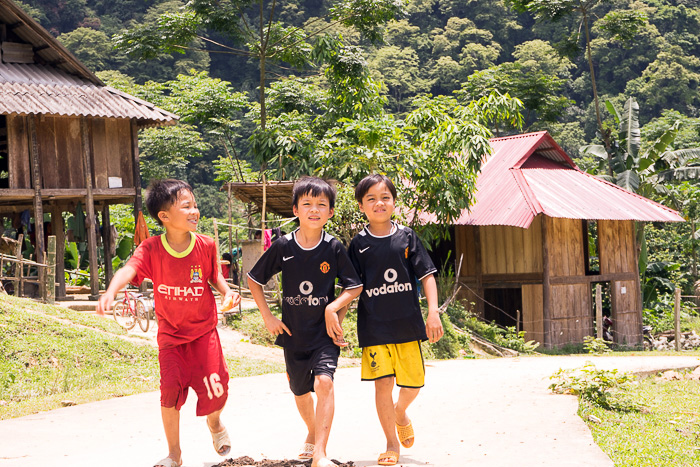 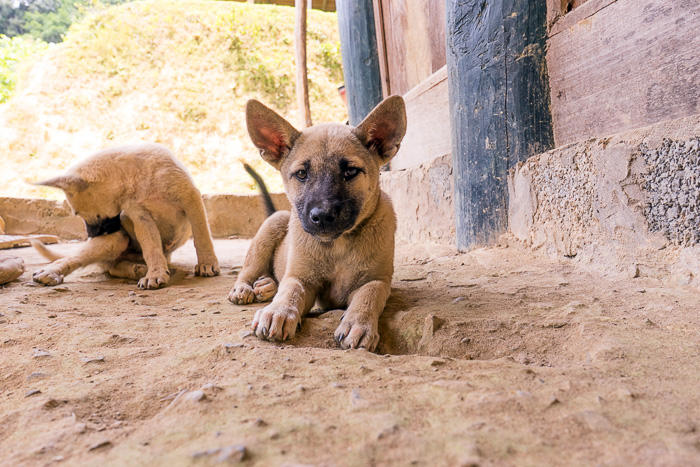 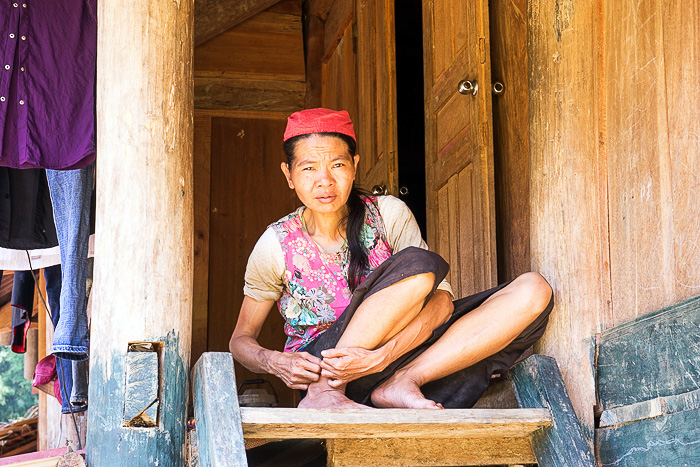 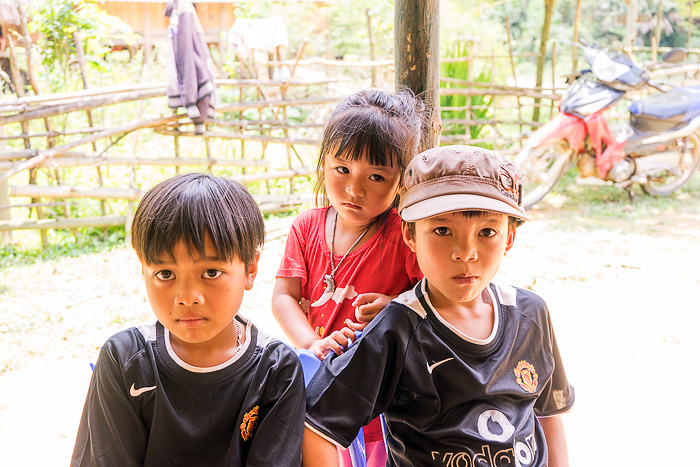 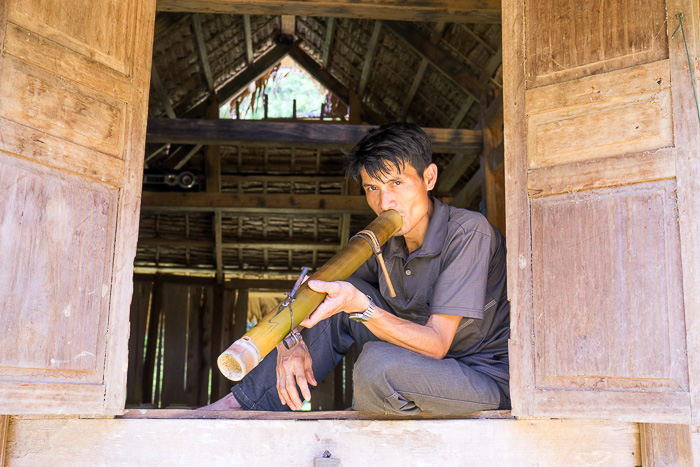 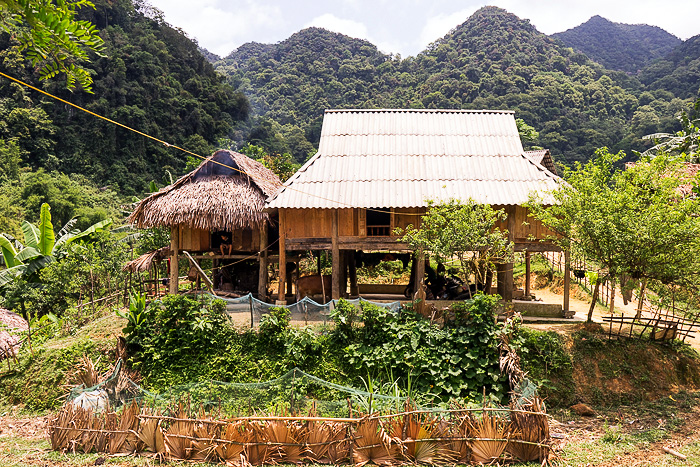 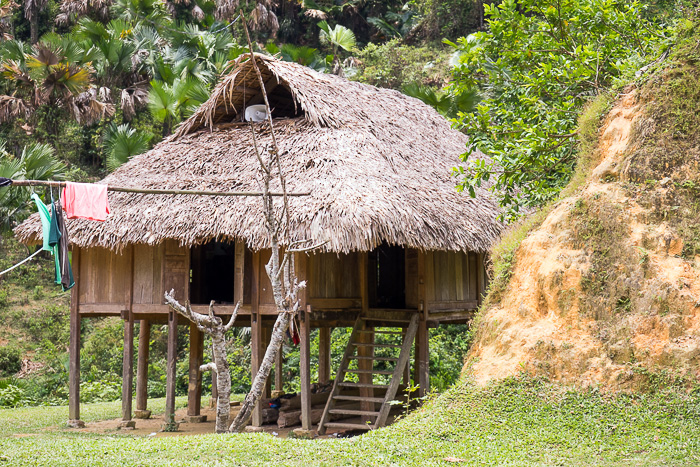 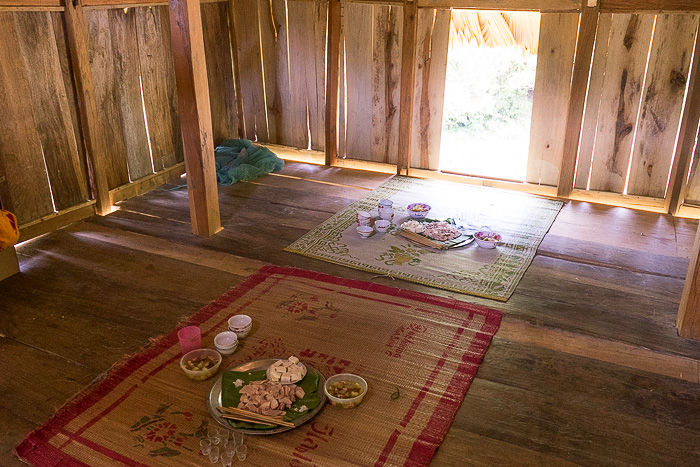 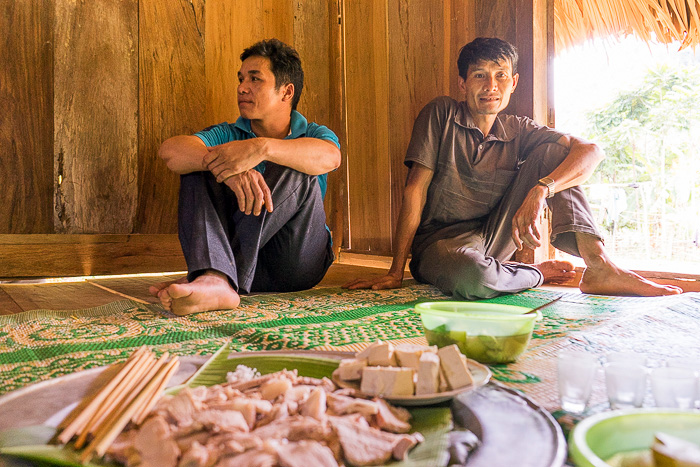 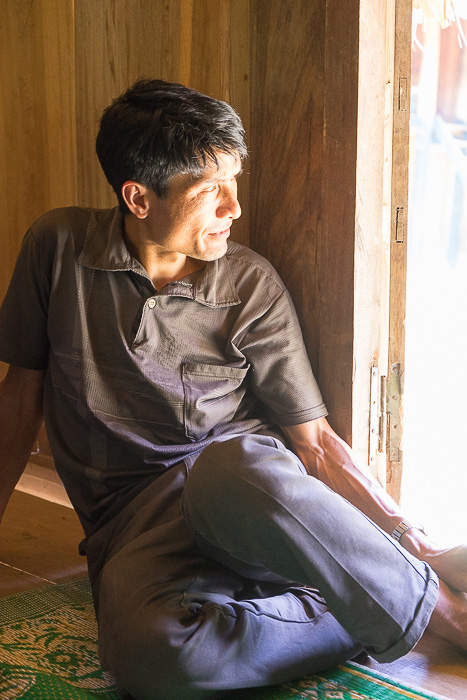 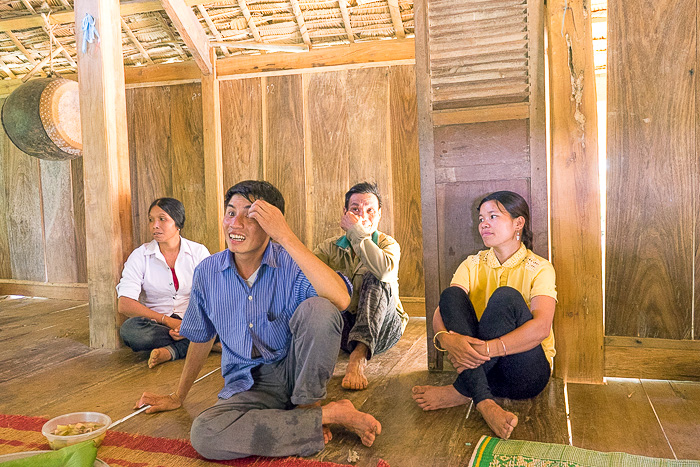 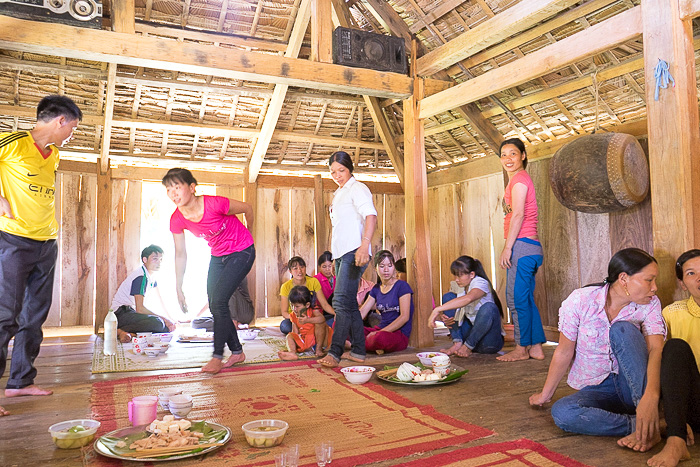 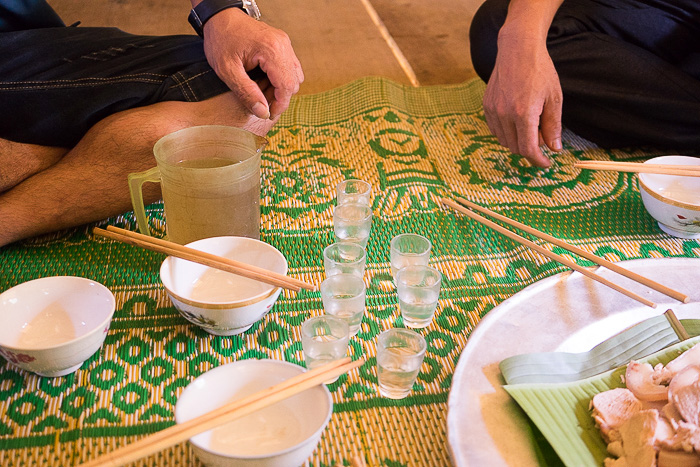 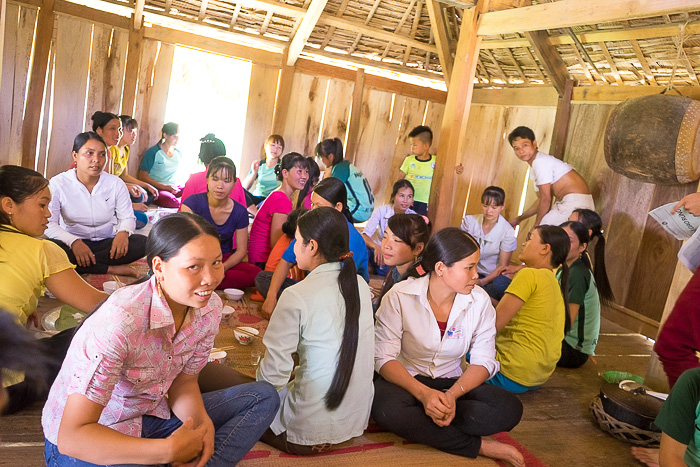 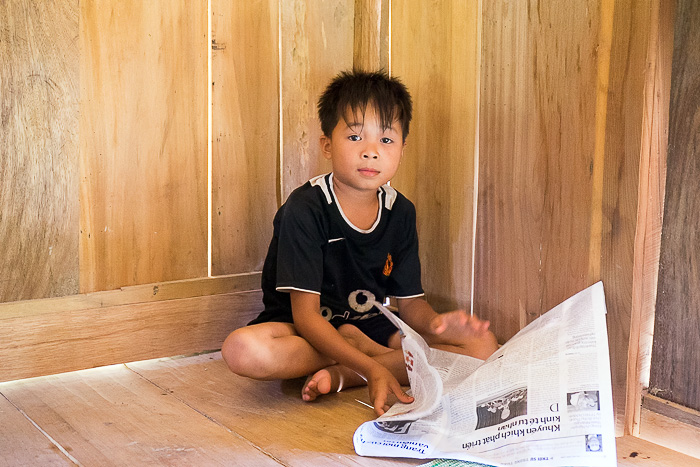 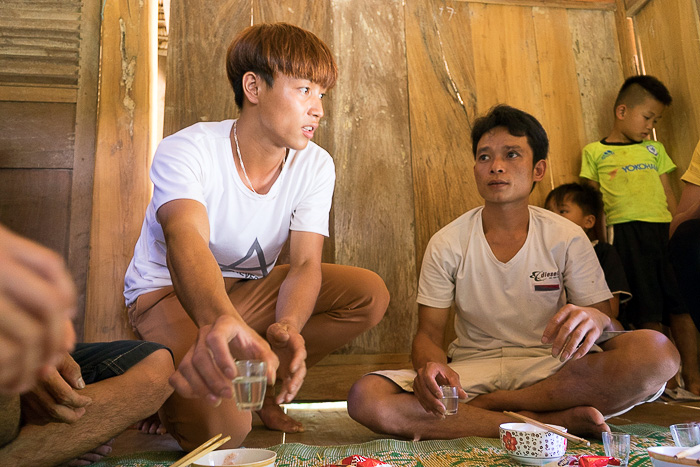 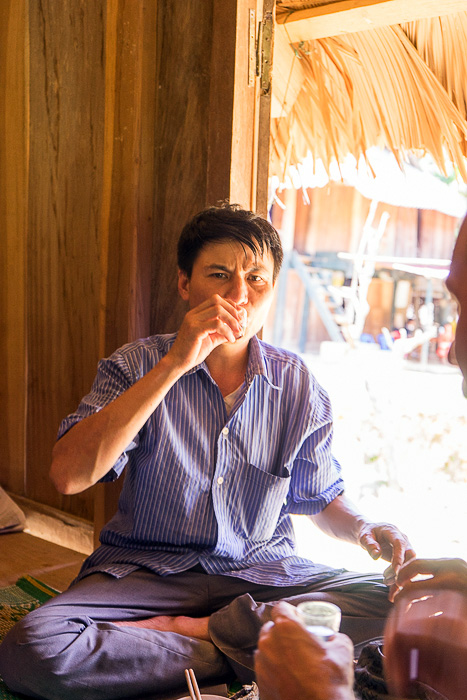 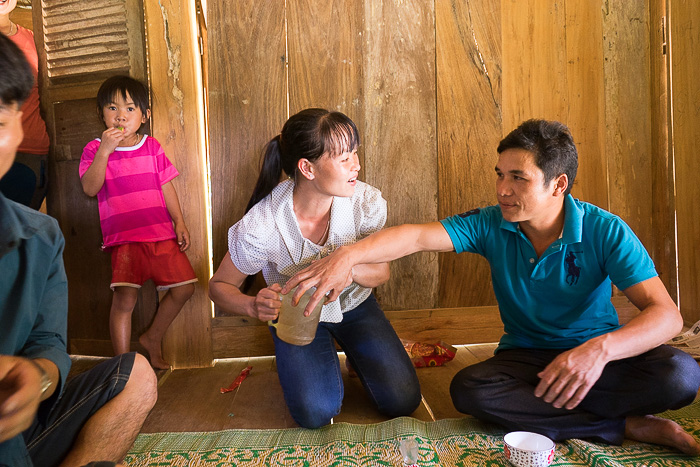 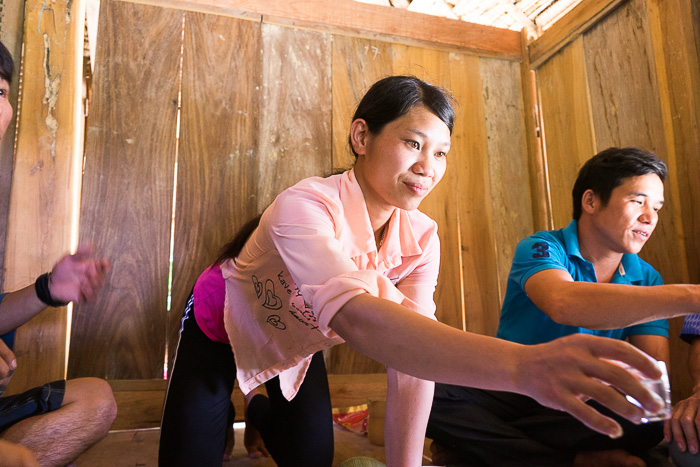 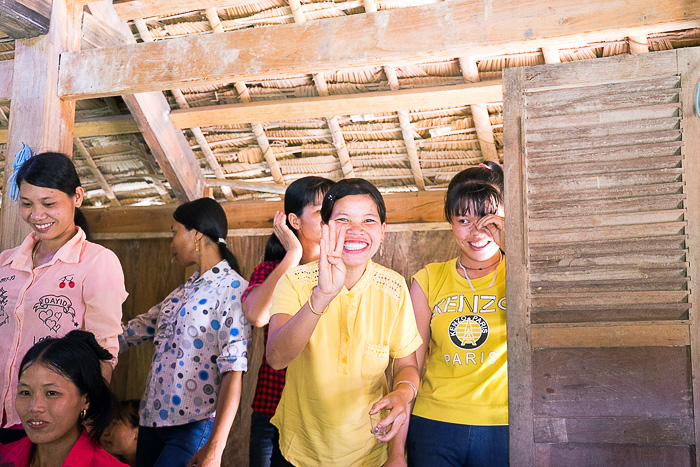 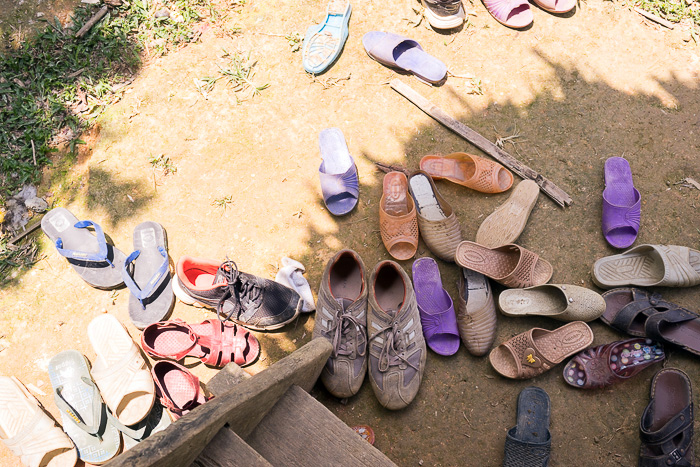 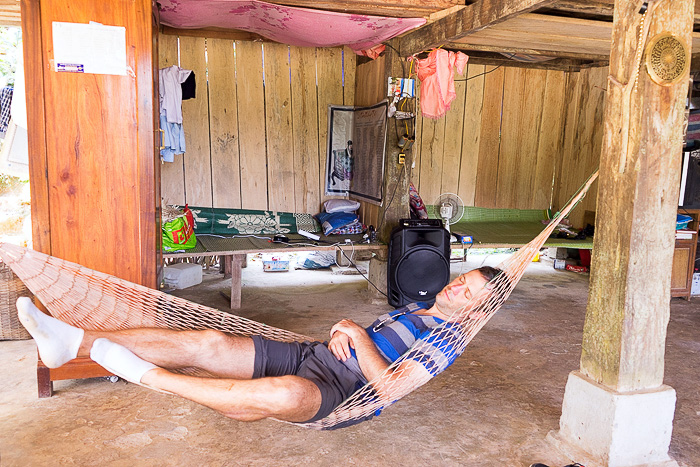