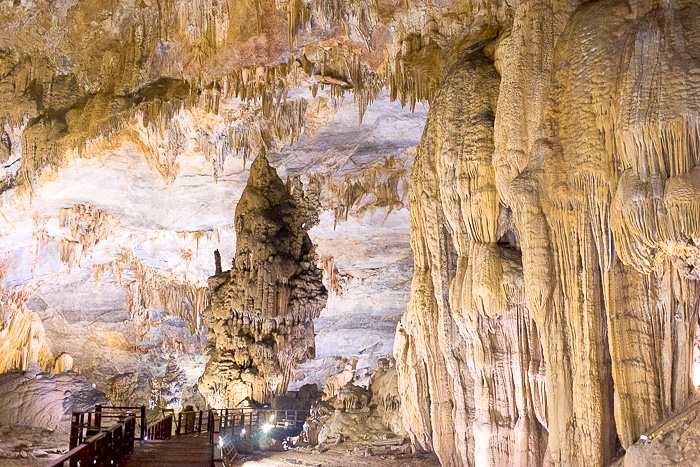 Deeper into the Phong Nha National Park, and much more difficult to reach than the park's eponymous cave, the Paradise Cave is even more spectacular. There are no boat rides, this time, just a path twisting through grand chambers filled with some of the most massive underground formations we've ever seen. 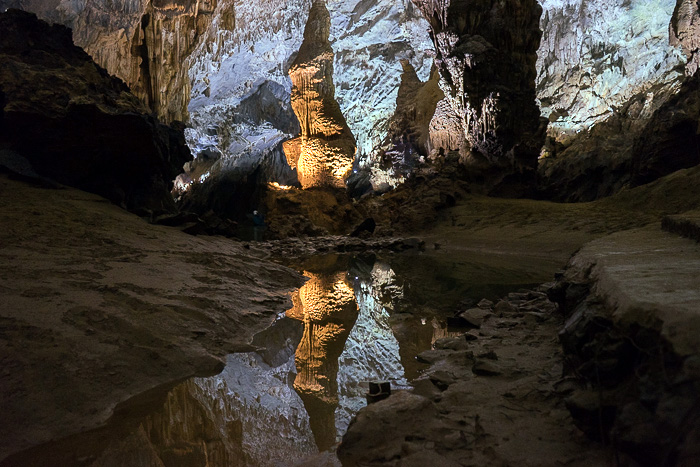 Phong Nha Cave isn't the biggest cave, or even the second-biggest, in the Phong Nha National Park. But it's the one which bears the park's name. So we felt safe assuming that it would be spectacular. And we weren't disappointed; this is an underground wonderland of stunning beauty.